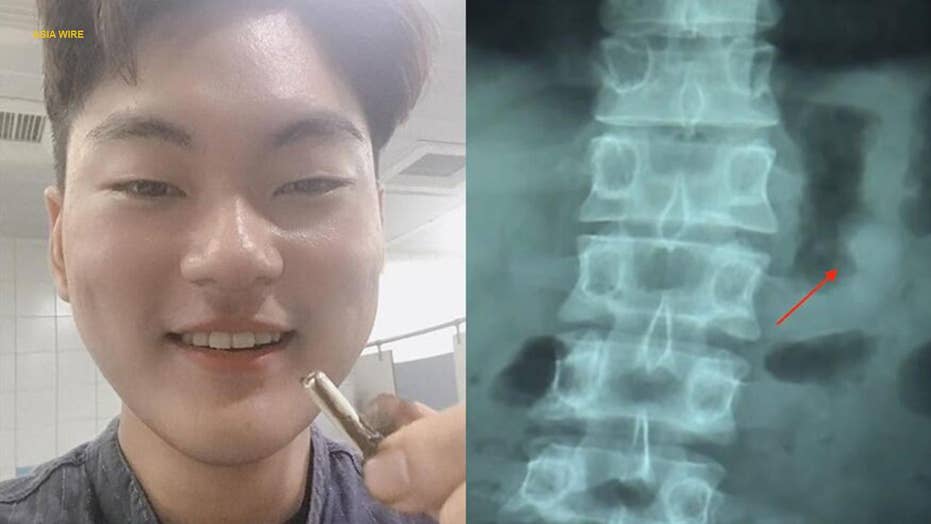 An accidentally swallowed AirPod amazingly works after passing through a man's digestive system, according to reports.

A man in Taiwan who accidentally swallowed an Apple AirPod got a big surprise after it passed through his digestive system, the Daily Mail reports.

Ben Hsu reportedly fell asleep with both AirPods in his ears, but could only find one when he woke up. A tracking feature on his iPhone indicated that he had swallowed the wireless earbud.

APPLE AIRPODS: WORTH THE HYPE?

An X-ray revealed that the AirPod was indeed in his stomach, although Hsu was not experiencing any pain. Doctors gave him a laxative and he passed the earphone the following day in a railway station toilet.

Hsu found the missing AirPod after a gross search. After washing and drying the device he was stunned to discover that it still worked. Indeed, the AirPod’s battery was still at 41 percent, according to the Daily Mail.

Apple launched its AirPods in 2016 and the product has been a great success for the tech giant. The Cupertino, Calif.-based firm recently unveiled the second generation of the technology. The new “Hey Siri” AirPods that can be activated hands-free. Apple also now offers a wireless charging case for the devices.

There has been recent chatter that Apple may launch the third-generation AirPods in late 2019.