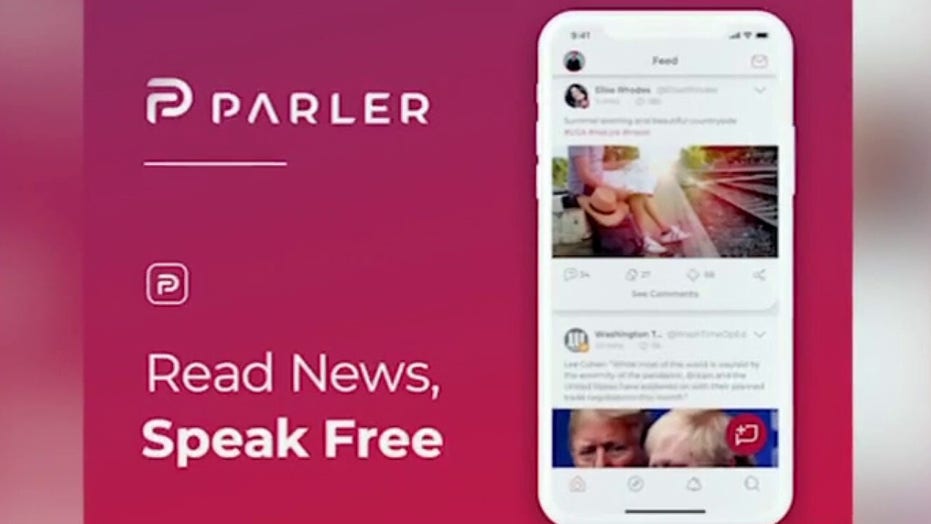 There’s a new social media app trying to give Facebook and Twitter a run for their money -- without the censorship.

“It’ll feel very similar to Twitter, which I’m sure many people are accustomed to,” Matze said. “However ... we take a really firm stance that we want to be unbiased.”

If someone does post something inaccurate on Parler, Matze said the app would not fact-check it. Instead, other users would be able to comment.

“They can make any claim they’d like, but they’re going to be met with a lot of commenters, a lot of people who are going to disagree with them,” Matze said. “That’s how society works, right? If you make a claim, people are going to come and fact check you organically.”

So far, Matze said Parler has gotten a lot of attention from conservatives -- because “they seem to be the ones that are most affected by Twitter censorship or Facebook censorship” -- but the website is for people from all places on the political spectrum.

“We’re a town square,” Matze said. “That’s how I view us. So everyone’s welcome, any kind of discussion.”

“We want people to actually have conversations again,” he added. “The country’s too partisan right now. And when you go on these sites, it feels like a battleground. And so the idea is that you’re going to get on Parler and have discussions with people.”

But it’s not just conservatives who are getting on Parler, Matze said.

“They will come in bigger numbers and we’re going to see some bigger names come over, too, when they don’t want to miss out on the conversation,” he added. “They can’t resist.”

However, the app is particularly important for conservatives to have a place where their voices can be heard, Matze said.

“Right now, conservatives need this kind of place, right?” he said. “This is something that they need in an election year, when they’re experiencing censorship or some kind of bias against them, whether it’s perceived or real … People want a place that they can feel like they’re appreciated and their voice matters and they can speak.”