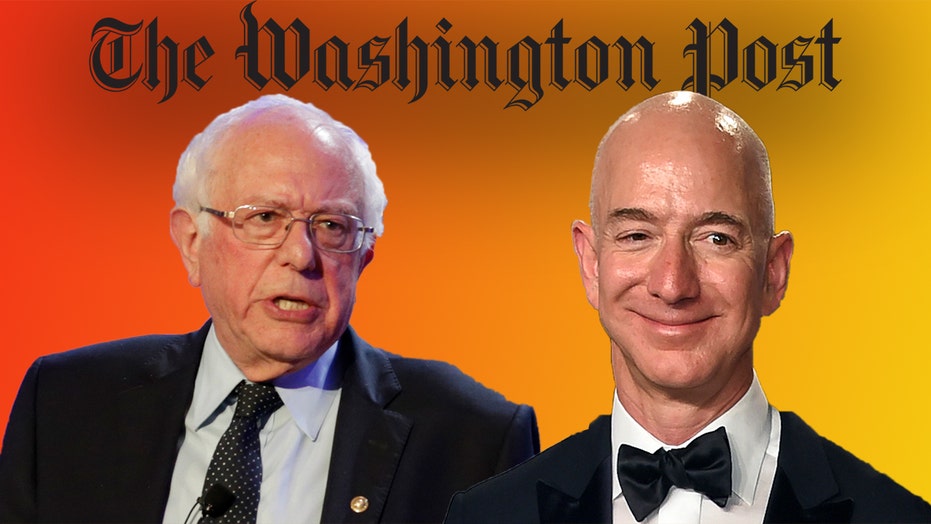 Vermont Sen. Bernie Sanders blasted The Washington Post and accused the paper of biased coverage because of his criticisms of Amazon.

In a New Hampshire town hall on Monday, the 2020 presidential candidate asked the audience how much Amazon paid in taxes last year, to which one person responded, "Nothing!"

“See, I talk about that all of the time,” Sanders replied. “And then I wonder why The Washington Post — which is owned by Jeff Bezos, who owns Amazon — doesn’t write particularly good articles about me. I don’t know why. But I guess maybe there’s a connection. Maybe we helped raise the minimum wage at Amazon to 15 bucks an hour as well.”

Jeff Bezos, the founder and CEO of Amazon, owns the Post, but the newspaper has long said it operates independently of the tech giant.

Sanders has been a frequent critic of the Seattle-based tech company over wages, the working conditions at its fulfillment centers and more. Amazon raised its minimum wage to $15 per hour last year after Sanders and others called on the company to do so.

Martin Baron, the Post’s executive editor, said in a statement that Bezos does not interfere with or influence the newspaper’s coverage.

“Sen. Sanders is a member of a large club of politicians — of every ideology — who complain about their coverage,” Baron said. “Contrary to the conspiracy theory the senator seems to favor, Jeff Bezos allows our newsroom to operate with full independence, as our reporters and editors can attest.”

President Trump has criticized the Post's coverage of him and labeled the paper as the "Amazon Washington Post" in his tweets.