LONDON - The Royal Wedding this weekend will be spectacular and the vast security operation to keep the couple, their guests and the crowds safe will be a masterpiece of planning.

Authorities in the U.K. have had to consider all potential threats and prepare solutions. Highly trained and experienced manpower, combined with a blend of low tech and high tech approaches will deliver a masterclass in how to keep a gigantic event safe -  one highly attractive to terrorists, protesters and pranksters alike, and while the entire world is watching on their televisions.

Keeping a Royal wedding safe is no small task. And then when you add more than 100,000 fans flooding Windsor for a glimpse of the proceedings, then the task becomes even more epic. 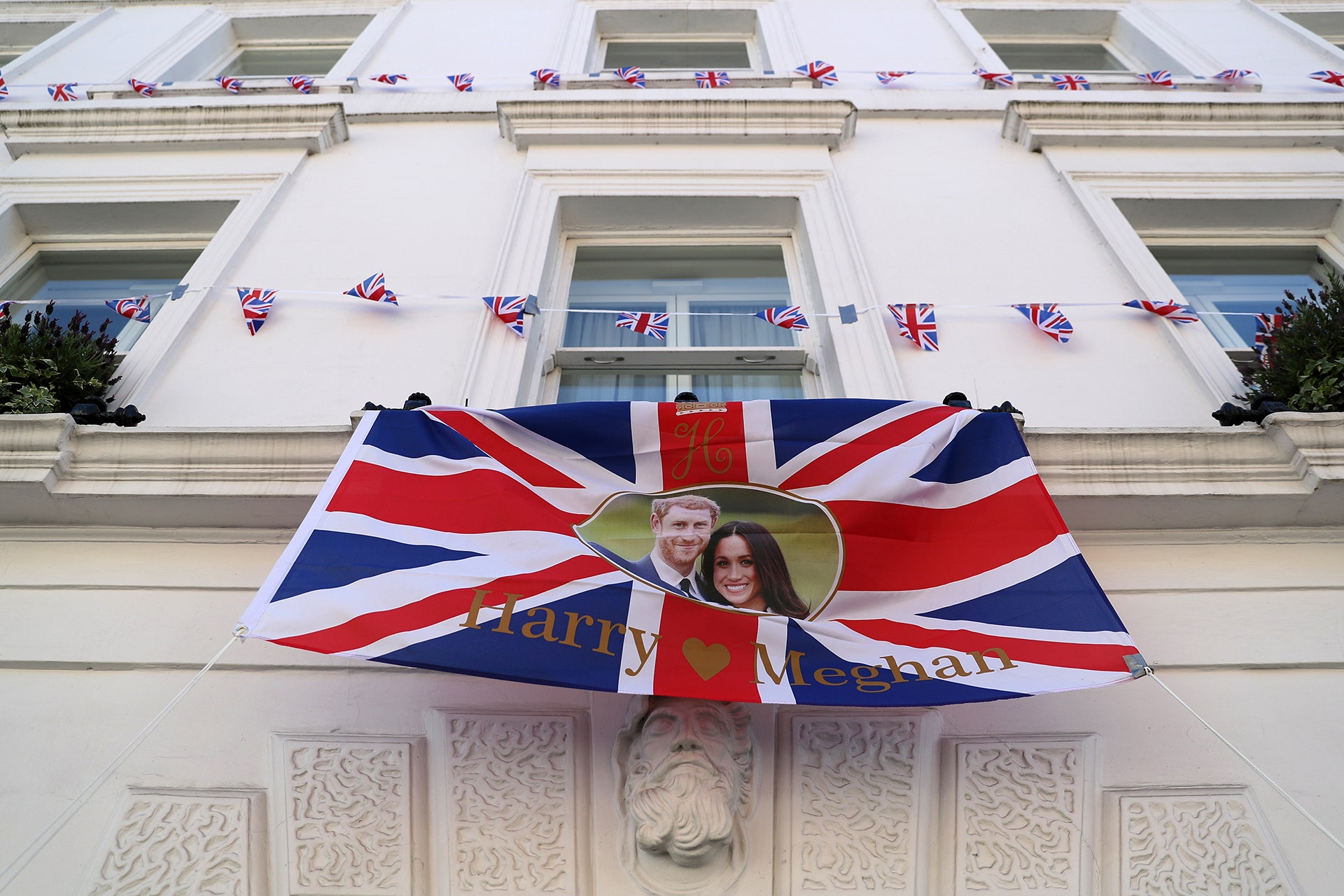 Preparations for the royal wedding of Prince Harry and Meghan Markle

Visitors from around the world have flocked to the small, elegant town of Windsor. Even days in advance, the ordinarily calm town is already swarmed and heaving with fans and media. The hope is that every single person there is there with good intentions, keen to witness a few moments of the wedding of Britain’s Prince Harry to American actress Meghan Markle.

However, any one of the more than 100,000 masses could be a potential terrorist, prankster, protester or royal obsessive who might try to disrupt the wedding – or worse, use the opportunity of cameras from around the world to take innocent lives.

Who could be a target?

The couple is not the only “target” that could be attractive to bad guys. The Queen, Prince Phillip and approximately 80 other members of the Royal Family could be targets. Senior government and military dignitaries could also be attractive targets.

And as underscored by recent terrorist attacks, such which have used vehicles to attack crowds, the public can also be a target anytime, anywhere. With all the international media coverage, crowds at the wedding could be tempting for a terrorist.

British police have gone on the record stating there has been no intelligence thus far to suggest a specific threat to the wedding.

But that does not mean security will be any less comprehensive and formidable.

Measures began well in advance. Police officers are already patrolling the streets of Windsor and the perimeter of Windsor Castle

Who is a threat?

The wedding will be held against the backdrop of Britain on its second-highest threat level: “severe.” This level means an attack by militants is considered highly likely.

Potential threats to the wedding are not limited to extreme Islamic terrorists. Anti-royalist demonstrations could pose another threat, for example, and pranksters have been very determined to disrupt in the past. On Prince William’s wedding day, police had to contend with 18 protests in London.

What sort of potential attacks are they prepared to defeat?

The attacks in Great Britain have involved a range of methods. Measures are in place to tackle the likes of suicide bombers, attackers wielding bladed weapons such as knives and machetes and vehicles driving into the crowds of fans.

Chemical weapons have been in the news a great deal recently with the attack on former spy Sergei Skirpal on British soil. Methods are in place to defeat chemical attacks and all sorts of other weapons – even grenades.

Security forces have even trained to use a state-of-the art ballistic blanket to protect the couple from blast injuries while taking them to safety.

Train as you would fight

A large-scale rehearsal to protect the wedding made Hollywood summer action blockbusters look like dull snoozefests.

Well in advance, team members studied the area and the royal procession to evaluate and analyze the scenario. One of their objectives, for example, was to identify any spots that would be attractive to potential attackers.

More than 40 SAS soldiers along with police officers from the Counter Terror Command and the Royal Protection Squad rehearsed to defeat any threat – even rehearsing with a replicated Windsor High Street.

The force has a long history of policing large-scale Royal events such as Her Majesty the Queen’s 90th birthday in 2016.

And this is not unfamiliar terrain for the police force. There have been many weddings at Windsor, including the Prince of Wales and the Duchess of Cornwall in 2005 and Prince Edward and Sophie Rhys-Jones in 1999. Windsor Castle wedding security experience runs deep including Princess Margaret of Connaught’s wedding to Prince Gustav Adolf of Sweden back in 1905 as just one example.

When Prince William married Kate Middleton in 2011, there were about 5,000 officers on duty.

The force presence is expected to be even greater this time. Thames Valley force noted they have called upon neighboring forces to further bolster force numbers.

However, should a major incident erupt, then Special Forces will take control.

Unlike American police, British police are not ordinarily armed. However, there will be police armed with weapons patrolling and securing the area – in advance and throughout.

Explosives are always a concern. One visible approach that the police will be using is canines. While this may seem low tech, canines are incredibly effective at identifying explosive threats.

Another highly effective and classic method that will be used is the use of plain clothes. Soldiers and police officers will be donning regular clothes to circulate, blend in and observe. This will help rapidly identify and control any threat.

Overall, there will be an increased number of police patrols, both visible and plain clothes.

Another classic low tech technique, road closures, will play a key role. This will help greatly reduce the risk of someone using a vehicle to attack.

Thwarting vehicle-borne attacks will also be reinforced with some good old-fashioned barriers. These barriers have also been set up across Windsor in advance. Heavy bollards are simple and can be very effective in stopping vehicles, whether loaded with explosives or intent on killing by charging the Royal Procession and the crowds.

Similarly, there will be a no-fly zone in place. While another simple low-tech technique, it will significantly aid in reducing the risk of attack from the air.

Attempts to kidnap Royals are always a concern and this wedding is no exception. Very old school cloak and dagger, yet highly effective, the team has devised escape routes and multiple safe locations to move the couple to should it become necessary.

The security teams will also be using cutting-edge technology to keep the couple and the crowds safe. Many of these measures will not be visible to the public or appropriate to share with the public, but here’s three we can share.

Automatic license plate recognition has long been a highly successful counter-terrorism tool in Great Britain and very useful to secure a large-scale event like the wedding.

In advance of the event, the police have been using an advanced automatic license plate recognition system. If a flagged or suspicious vehicle enters the area, then the tech notifies the police instantaneously.

Drones, large and small, are a potential threat that must be considered with any outdoor event. These flying robots could be used as a sort of robotic kamikaze dive bomber, but they pose wider threats as well. Even a hobby-sized drone could be loaded with explosives or a chemical weapon.

Chess Dynamics has developed one of the best breakthrough technologies to defeat drones. In simplest terms, their tech works by jamming and disabling drones within range.

There will be screening locations positioned all over Windsor. Whether a spectator arrives by rail, by car or on foot, all visitors will have to get through a thorough screening in order to gain access to the areas around the procession and castle.

This stop and search will be a combination of classic policing techniques and advanced airport-style tech to scan for threats.  The technology will search for threats like weapons and explosives so they can be seized before being unleashed on innocent spectators.