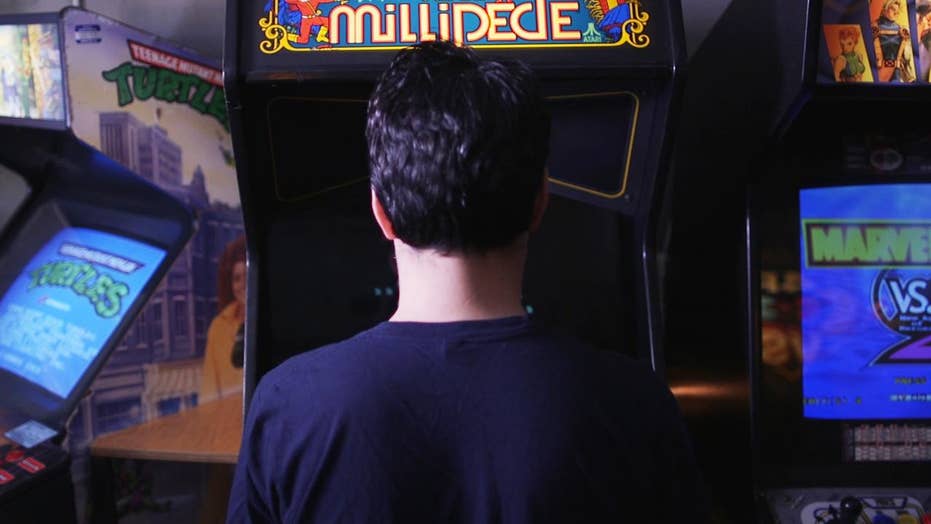 Retro arcade bars are popping up all across the country, bringing with them a mix of grown up fun and childhood nostalgia. But why are these throwback paid gaming experiences suddenly appealing to a younger audience who grew up on PlayStation and Xbox?

The sound of coins falling into a machine. The feel of a joystick and the clack of buttons being mashed. 1 player or 2 players, make your choice …

‘Retro Arcades’ are popping up all across the country, bringing us children of the 80s back to a simpler time. Days when we would run out of the house with our friends and head to the local arcade to spend our entire allowances trying to get the high score on “Pac-Man,” or finally pull off that elusive ‘Fatality’ in “Mortal Kombat.”

But with home console sales at an all-time high, and video game technology advancing so much that some games practically look real, why are retro arcades growing in popularity?  Why are people so willing to spend their time waiting to play a game in a bar, when they could be sitting in the comfort of their own homes?

According to Smosh.com’s Mari Takahashi, the answer is nostalgia.

“As a gamer, I think it’s really this feeling of nostalgia, and really community,” she told Fox News. “Because you have this tangible thing that attracts other people. If you’re playing a game really well, let’s say you’re leveling up over and over again, you will have a crowd around you and that sort of camaraderie, that feeling that other people are in the game with you, is something that’s kind of going away these days.”

“It’s having that sort of nostalgic feeling of remembering what it’s like to just kick it, play a co-op game, have someone next to you, maybe it was a sibling, on the couch and you remember those feelings,” she added. “But I think no matter where gaming goes, I think the arcade cabinet will always remain.”

And Takahashi is not the only one. Companies like DreamArcades and Arcade1Up are cashing in on the nostalgia factor.

“A lot of people are familiar that retro is back now, almost more popular that it was in its own era,” Arcade1Up’s David McIntosh told Fox News. “So ‘Ready Player One,’ ‘Wreck-It Ralph,’ ‘Stranger Things’ all these things are just really bringing back the momentum.”

Michael Ware, CEO of DreamArcades, told Fox News: "There seems to be every 5 years or so a wave of nostalgia and it's really big this time around. We've seen a lot of people the last couple years really trying to connect with their youth, I always say we're not really selling arcades were selling nostalgia."

But nostalgia may not be the only reason this sudden resurgence in arcades has come to pass.  Shawn Layden, Chairman of PlayStation’s Worldwide Studios, actually attributes it to the social aspect of arcade gaming.

“I think there is a magic around gaming. And gaming in the arcade has the added value of being a very social experience. For the longest time, certainly video gaming, before the advent of networks and network gaming, it was a rather solitary experience,” Layden added, “As often happens, everything old is new again. And I think the arcade experience and the fact that it brings a social dynamic together with that, people can come together and experience gaming as a group, it’s a great time. It’s once again showing that gaming is here to stay in all its various facets.”

So the next time you’re feeling nostalgic, grab your friends, hop in an Uber, and get ready to cash in part of your hard-earned paycheck for a cup full of tokens.  Win or lose, just remember, you have 10 seconds to hit continue.