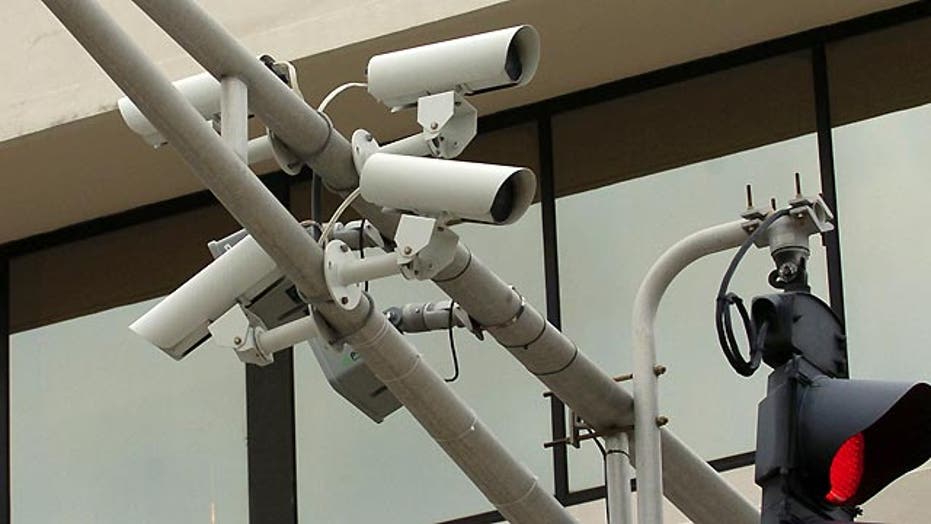 Is it an attempt to boost revenues?

The application of technology without sufficient discipline is usually a bad thing. Witness the latest problems with red light cameras.

Depending on how you read the latest studies, cameras are either a  Big Brother danger to the public or the latest in life-saving technology. Either way, some drivers are seeing red -- and turning to other technologies to help.

Almost simultaneously, American Traffic Solutions (one of the private companies supplying the systems in New Jersey) issued a press release stating that the DOT report actually supported the idea that red-light cameras prevent accidents. However, ATS was focusing only on one particular -- albeit particularly dangerous -- type of crash, so-called T-bone or right angle crashes. When considered separately, these types of accidents were actually down 15 percent from the previous year.

On the face of it, it deterring drivers from running red lights would seem to be uncontroversial. No one wants to run a red light and everyone wants to prevent accidents and road fatalities. I witness buses and trucks running red lights every day in New York City; curbing those dangerous drivers would be a good thing.

The problem with red-light cameras, however, is with their implementation, and this may account for discrepancies in how effective or ineffective they are in reducing accidents.

One thing some drivers have pointed to is the seeming shortness of yellow lights at intersections outfitted with cameras. In some instances, such as in June in New Jersey, subsequent examination by local DOTs found that indeed some yellow lights were dangerously short. Now a class action lawsuit in New York is claiming that lights in the city are rigged with short yellows in order to hand out $50 tickets. The New York DOT says it has looked at cameras after previous reports of problems and found them to be in compliance.

However, the actual problem is what counts as "compliance." States are required to adhere to the Federal DOT Manual on Uniform Traffic Control Devices for Streets and Highways, which states that yellow-light timing should meet engineering standards. Most take that to mean a minimum of 3 seconds or longer according to a formula based on posted speed limit, reaction times, and stopping distances.

The yellow timing formula actually recommends a 4.3-second yellow for a intersection on a road with posted 45 mph speed limit. Practically speaking, if the purpose is safety, then many intersections need longer yellows since drivers don't travel at exactly the speed limit (say 40 mph in a 35 mph zone).

Furthermore, many intersections are located in less than ideal locations, on hills or curves and set up decades before red light cameras were conceived. So a 3-second yellow may not be sufficient to prevent accidents where panicked drivers are trying to avoid tickets. In fact, in New Jersey the DOT sets such lights on 45-mph roads at 5 seconds (6 seconds is the recommended maximum).

There's also considerable disagreement -- and no national standard -- on whether or not to inform drivers of the locations of red-light cameras. Most municipalities treat them like speed limits and post signs noting a camera's position. Some departments even make the information available online.

Other places such as New York City attempt to hide the cameras and even set up dummy cameras to fool drivers. This approach is supposed to underscore deterrence, but it tends to undermine the idea that the cameras are there to increase safety. Without warning signs drivers have no idea they are approaching a particularly dangerous intersection, which is where cameras are supposed to be deployed.

Of course, there is no way to truly hide a red-light camera. Portable navigation devices, radar detectors and crowdsourced apps for smartphones like Trapster all report the location of such cameras within minutes of their installation. In a test, I found that a TomTom navigation device and an Escort radar detector correctly identified several red-light cameras in New York City. The only hiccups occurred on elevated highways where the devices beeped photo enforcement warnings about cameras that were actually below me on a secondary road.

So should red-light cameras be banished?

Not just yet. Like any technology, without intelligent guidance, they are bound to be misused and abused. What is needed are established standards concerning more cautious yellow-light timings and red-light holds (so-called wait times). Higher resolution video camera could also improve accuracy, and there should be rules about notifying drivers of camera locations.

Not every intersection needs a camera, but if installed and used properly, they could save lives instead of creating more fender benders (and revenue).

John R. Quain is a personal tech columnist for FoxNews.com. Follow him on Twitter @jqontech or find more tech coverage at J-Q.com.
ADVERTISEMENT