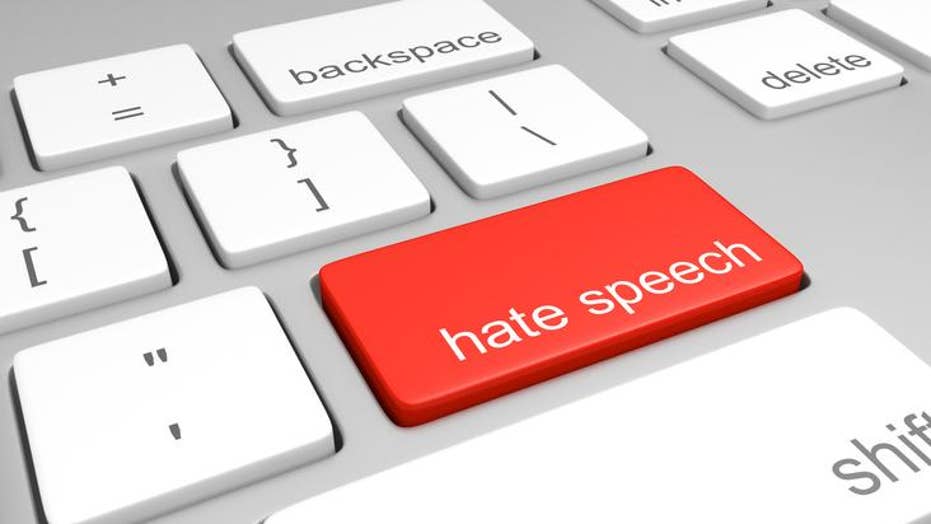 How Facebook should combat online hate groups, according to physics

A new study out of George Washington University is revealing that social media firms like Facebook are policing online hate groups all wrong. Physics Professor Neil Johnson is the lead author of the study and delivers several mathematical-based strategies on how to combat hate online.

Social media firms such as Facebook are policing online hate groups all wrong, according to new research.

The scale of the hate groups problem is far greater than we thought.

“When it comes to hate, you might hope that it’s like having an infestation in the yard, it’s over on the left, and it’s over on the right and you can deal with them separately,” Johnson told Fox News. “What we found is completely different, however. We found that it's like having an infestation in your yard, in your neighbor's yard, and everyone else in the city’s, they’re all interconnected.”

The physics professor added that eliminating the groups is even more extensive than a game of whack-a-mole. The “mole,” he explains, pops up with many different “flavors of hate.” The flavors can include a Neo-Nazi who wants to continue Hitler’s drive to have unified a Europe, while another “flavor” of Neo-Nazi wants to break up all the countries of Europe and maintain small pockets of a particular type of race.

The nuance in “flavors of hate” means that taking out a specific group cannot truly break apart the group, according to Johnson, who notes that they live across platforms. That means removing a hate group in one location may strengthen it in another location.

The current approach to eliminating hate groups is unsuccessful

The academic explains that going after the most influential single users creates “martyrs.” Those influential users, in turn, have many supporters, which causes the strategy to backfire. The approach also misses the point when attacking social collective behavior. “Just like when water boils, there is no bad molecule that causes the water to boil, it’s how the bubbles begin to interconnect,” Johnson explains. “The interconnectivity with the bubbles is what gives the power to create this boiling liquid, and we are seeing the same exact thing online.”

While the research highlights the failures of the current system, Johnson offers new strategies to take on networks of hate. “The important point about trying to understand it mathematically is that you can actually do something systematic about it,” he said.

Johnson suggests removing specific communities or “clusters” of hate. Going back to the water analogy, that means the bubbles must be removed in order to stop the water from boiling. “There are 100,000 people unified by a particular type of hate within the communities, so then, you’re suddenly removing 100,000 people at the same time from the whole narrative of hate,” Johnson explains. “You're also avoiding the issue of going after individuals and worrying about whether or not their individual information is involved.”

The professor describes the fourth approach to defeating hate clusters online as “the most surprising to our study and potentially most effective in the long run.” It means exploiting the differences between hate clusters to sow division so that they defeat each other.

To break the fourth policy down further, Johnson described two theoretical types of Neo-Nazi hate clusters. The first Neo-Nazi cluster, for example, could want a unified Europe based on Adolf Hitler’s sick ideology. But a second Neo-Nazi cluster may be focused on a specific country, such as England, and its desire to break links with the rest of the United Kingdom and Europe.

The next step would be for anti-hate clusters to draw out the differences in what each group wants as their end goal and, therefore, foment disillusionment. “We're convinced that the disillusionment would gradually creep into both of these clusters, and then it may not be 10,000 and 10,000 it may be down to 10 and 10 in each of these hate clusters,” Johnson explained.