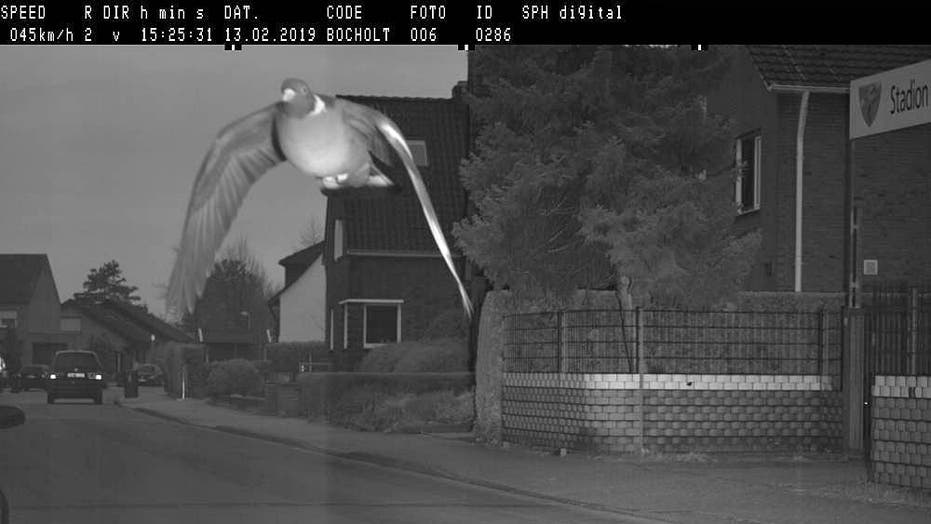 A ‘speeding’ pigeon has gone viral after it was caught on a speed camera in Germany.

The city of Bocholt posted a picture of the winged speedster to its Facebook page on May 2, explaining that the swift bird triggered the speed camera in mid-February. The pigeon was traveling at 45 kilometers per hour (28 mph) in a 30 kilometers per hour (18.6 mph) zone, it explained.

Even allowing for a 3 kilometer per hour (1.86 mph) margin for error that the city uses in speeding cases, the pigeon was still 12 kilometers per hour (7.5 mph) over the speed limit, according to officials.

In its Facebook post, the city quipped that it remains to be seen how the pigeon can pay its 25 Euro ($28) speeding fine.

One local in Bocholt said that the bird was a racing pigeon, according to a BBC report, and another suggested a “punishment” of community service as a carrier pigeon.

Other animals have become unlikely internet stars. Earlier this year, a koala in an Australian wildlife sanctuary was transformed into a social media star after an image of the macho marsupial went viral.

Last month, two ‘cheeky’ orphaned gorillas posed for an incredible selfie with rangers at a national park in the Democratic Republic of Congo.