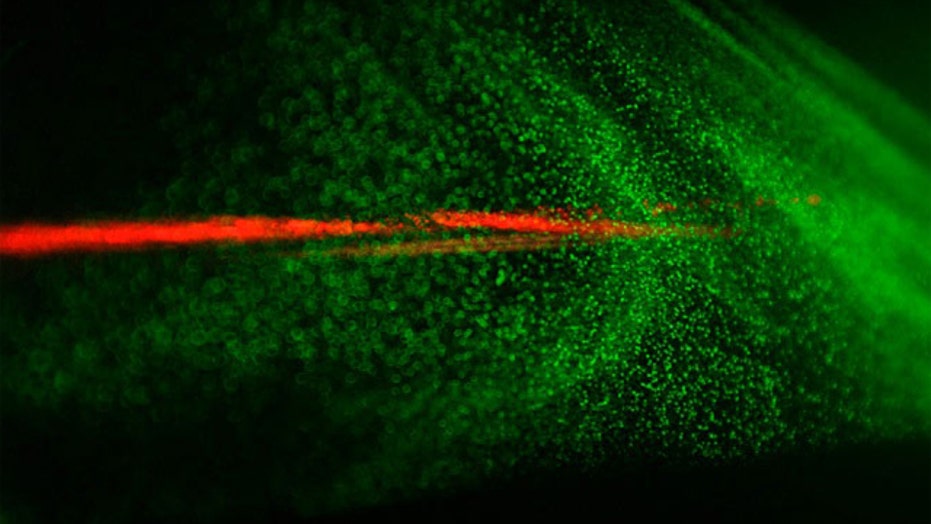 This sounds like it's straight out of science fiction, but it's firmly planted in reality.

The Pentagon has confirmed that it is testing lasers that are able to talk, sending short messages through glass, traveling short distances.

Known as The Laser Induced Plasma Effect program, the initiative is part of the Joint Non-lethal Weapons Directorate program, according to a report in the Military Times.

Fox News has reached out to the Pentagon with a request for comment for this story.

According to a video, the laser would fire a ball of plasma, while another laser takes the plasma and then turns that into soundwaves. If done properly, it could mimic human speech,  chief scientist Dave Law told the news outlet.

Down the line, the Pentagon hopes to take the technology and use it for other defense operations, including a continuous flash-bang grenade, which produces short, continuous bursts of blinding light and ear-piercing sound.

The lasers could heat up a target's skin to an uncomfortable level and not burn them or even give a command such as “Stop or we’ll be forced to fire upon you,” the report adds.