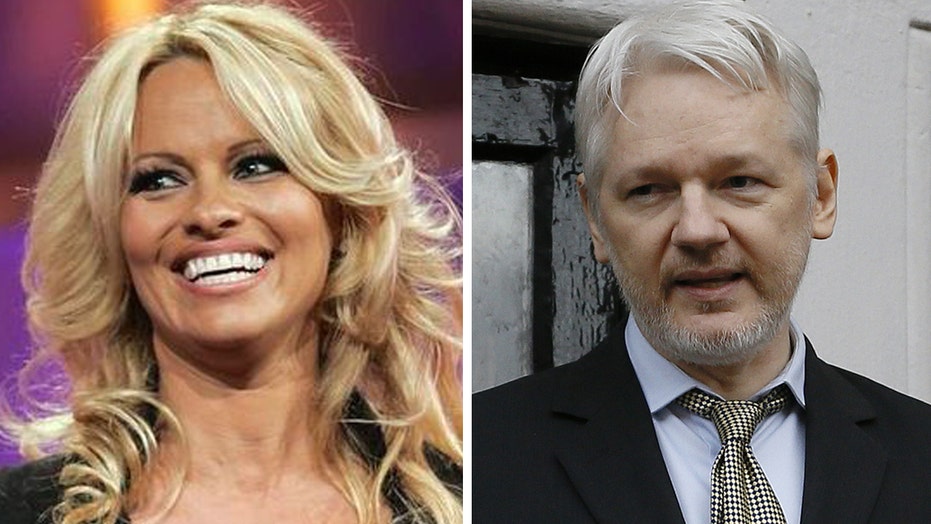 Actress Pamela Anderson urges the release and pardon of Julian Assange, calling of Wikileaks editor-in-chief a 'hero' for exposing 'truths' to the world

Wikileaks founder Julian Assange has found an unlikely supporter in former Baywatch star Pamela Anderson, who in a recent statement to People magazine said she’d like him to be freed and called him a “hero.”

Assange, who faces extradition to Sweden following a rape accusation, took shelter at Ecuador’s Embassy in London in 2012. His organization has been mired in controversy because of its role in the U.S. election, during which it published hacked emails from the Democratic National Committee and Hillary Clinton aide John Podesta.

“It’s crazy that Julian is still being held as a political prisoner — after the UN has stated (and recently for a second time) that there is no reason for his detention and has ordered that the UK and Sweden release him,” Anderson said in the statement provided to People magazine, referring to a February finding by the United Nations.

“Julian is an editor and a publisher,” Anderson said, in the statement. “There are laws in place to protect him. But they are not being applied. He still cannot leave the Embassy of Ecuador in London while elaborate plots against him and made up sexual allegations could result in him being extradited to the US — where he would not be treated fairly — because of his exposure of truths.”

HOW IS WIKILEAKS PUBLISHING FILES EVEN AFTER ASSANGE'S INTERNET WAS CUT?

Last month, at the Ecuadorian embassy, Assange answered questions about the rape accusation that were prepared by Swedish prosecutors. He recently published his detailed responses to the questions.

And back in October, Ecuador cut off Assange’s internet access, a move that didn’t prevent Wikileaks from continuing to publish hacked documents.

Anderson would also like the U.S. to pardon Edward Snowden and release Chelsea Manning.

“[Assange] is a hero,” she said, according to People. “One day everyone will realize. But until now, this man has missed 7 Christmases with his children and is kept in difficult and tremendously stressful conditions-while doing us all a great service. Everyone in the world has benefited because of WikiLeaks — he has sacrificed so much — to simply share the truth.”