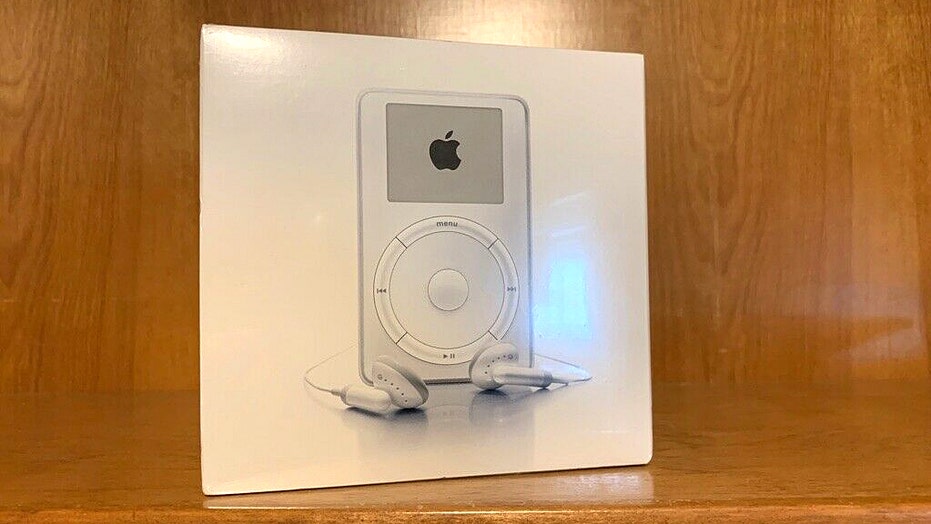 A rare, unopened first-edition of an Apple iPod is listed for sale on eBay for a whopping $20,000.

Apple-focused website MacRumors notes that the first-generation MP3 player is in its "unopened original box" and is still in the "original shrink wrap." The device has a 5GB hard drive, a two-inch LCD screen and has up to 10 hours of battery life.

When Steve Jobs first unveiled the product in October 2001, it went on sale for $399. If the device sells for the current asking price, it will have sold for 400 times the original price, no doubt netting the seller a tidy profit.

The iPod is credited with helping turn Apple's fortunes around and ushering in an era that has seen the company churn out several hit products, including the iPhone, iPad and Apple Watch. According to LifeWire, more than 400 million iPods have been sold.

Cupertino, Calif.-based Apple is also reportedly working on refreshing the latest version of the iPod, the iPod Touch, as a way to help boost revenue.

Original Apple products tend to hold and increase in value over the years. A rare, working Apple-1 computer, the first computer ever built by Jobs and Steve Wozniak, will go up for auction later this month.

Christie's, the auction house running the sale, estimates it could sell for as much as $650,000.