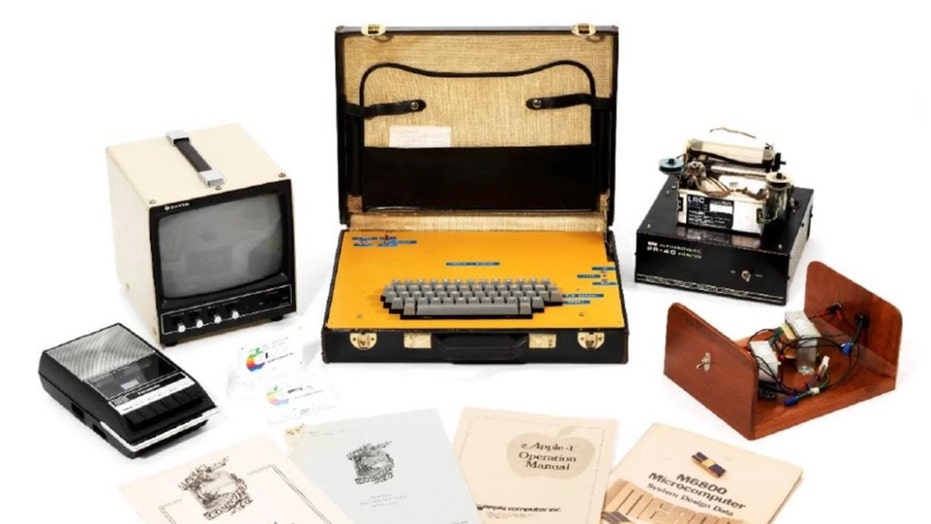 A rare working Apple-1, the computer that began the legacy of Steve Jobs and Apple, is set to go up for auction later this month and experts believe it could sell for nearly $650,000.

British auction house Christie's is auctioning off the rare computer, noting that less than half of the 200 Apple-1s built have survived. The computer, built by Jobs and Apple co-founder Steve Wozniak, sold for $666.66 when it was released in 1976. By 1977, the price had dropped to $475 and Apple was busy working on the Apple-II, ultimately causing the Apple-1 to become obsolete.

"After Jobs and Wozniak officially discontinued the Apple-1 in October 1977, they offered discounts and trade-ins to encourage all Apple-1 owners to return their machines," Christie's wrote in the description. "These were destroyed, and fewer than half of the Apple-1s survived."

Although it did not come with peripherals that we take for granted today, such as a monitor or a keyboard, the Apple-1 was ahead of its time: it had a pre-assembled motherboard, while other computers did not.

Included in the lot is a copy of the first manual issued by Apple Computer Company, which has generally been credited to Ron Wayne. Along with Jobs and Wozniak, Wayne co-founded the company but sold his ownership in the company 12 days after it was founded for $800. Today, that stake would be worth some $300 billion.

The auction house notes that 15 examples of the Apple-1 exist in public collections worldwide, including at the Smithsonian Museum of Art.