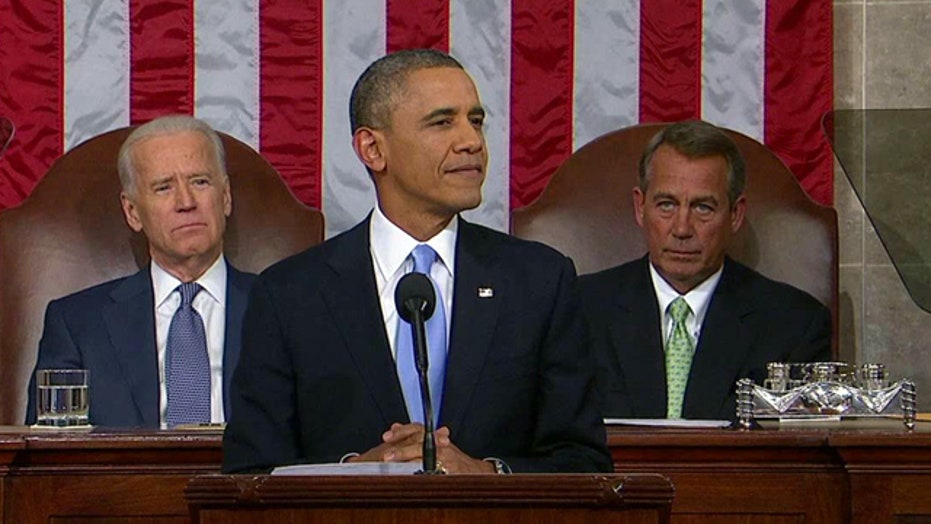 President Obama vowed to bring broadband connections to thousands of schools during his State of the Union address -- but recent changes to FCC rules may mean some students can’t afford to use them.

In his annual speech Obama cited the need to invest in education and schools, noting plans to bring high-speed Internet to thousands of facilities by the end of 2015, echoing comments the president made in earlier speeches.

“Last year, I pledged to connect 99 percent of our students to high-speed broadband over the next four years,” Obama said Tuesday evening. “Tonight, I can announce that with the support of the FCC and companies like Apple, Microsoft, Sprint, and Verizon, we've got a down payment to start connecting more than 15,000 schools and 20 million students over the next two years, without adding a dime to the deficit.”

“During his 2011 State of the Union address, he stressed the need to upgrade America's infrastructure as well.

"This isn't just about faster Internet or fewer dropped calls," Obama said at the time. "It's about connecting every part of America to the digital age."

But on Jan. 14, a federal appeals court struck down the Federal Communications Commission's Open Internet Order pertaining to so-called "net neutrality." The decision paves the way for Internet service providers (ISPs) to potentially block any website or app of their choosing -- something educators worry could increase the cost of learning.

“It is a concern," said Michel Conti, CEO of PA Cyber, a Pennsylvania-based virtual charter school. "Net neutrality was created to keep everything level, and [with the ruling], it seems we are going backward. The Internet was created to be a free and open exchange.”

FCC Chairman Thomas Wheeler praised the effort to improve the reach of broadband access, but also did not mention the net neutrality rules.

“Harnessing the power of digital technology is central to improving our education system and our global competitiveness. In the Internet age, every student in America should have access to state-of-the-art educational tools, which are increasingly interactive, individualized and bandwidth-intensive,” he said in a statement following the speech.

Manorama Talaiver, director of the Institute for Teaching through Technology & Innovation Practices at Longwood University in Virginia, told FoxNews.com on Monday that rural students could be among the hardest hit, should ISPs take advantage of the system.

“Why are we expecting our students to be globally competitive when we take away their opportunity?” Talaiver said. “This lack of access hurts us all.”