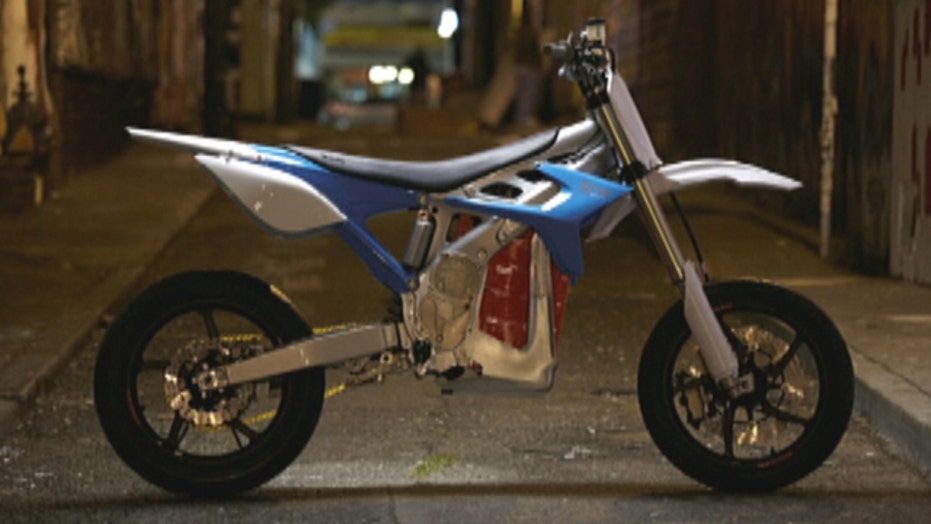 Motorcycle enthusiasts love the sound of a roaring chopper, but the U.S. military isn’t among them. What the Armed Forces need is a cutting-edge motorcycle that – among other things – is fast, stealthy and silent.

And they may have one soon – a two-wheel-drive hybrid that will give American soldiers a huge advantage downrange.

BRD’s tagline may put it best: “Welcome to the future of fast.”

Speed and stealth are crucial when approaching the enemy, and current motorcycles are less than ideal because of the noise they generate. DARPA expects the hybrid to be silent in electric mode and very quiet when operating on fuel. (A typical motorcycle 25 feet away produces 90 decibels, about four times as loud as the proposed hybrid.)

Soft soil and narrow, steep trails can be difficult to navigate, and that’s why DARPA is calling for two-wheel-drive vehicles, which will be able to travel substantial distances on challenging terrain more easily.

And as warfare continues to require deploying small units to remote and extreme terrains, technology like this hybrid will allow U.S. forces to do more with less.

In addition to special operations work, it could be useful for a range of other purposes, including scouting, convoy control and military policing.

And it will provide more than a way to travel; the hybrid will be a portable electric power source, thus reducing the need to lug heavy batteries into the field.

For starters, they tend to use gasoline, and most American and NATO military machines use JP-8, a formulation of jet fuel similar to kerosene and diesel fuel.

DARPA wants the vehicle to be electric-only for short periods of time and to run on JP-8 or diesel when it isn’t.

In addition to being heavy fuel compatible, the hybrid will have more than 10 percent better fuel consumption than the military motorcycles currently in use.

The features that the military would like – heavy fuel capability, two wheel drive and hybrid powertrains – have all been achieved independently, but this will be the first time all these capabilities are combined.

Hybrid-electric power is already finding its way into lots of commercial applications, from construction equipment to cars and buses.

Research has been underway to bring hybrid motorcycles like Yamaha’s Gen-Ryu and HV-X concepts to the consumer market. But the military requires hybrid tech capable of more.

BRD already has much of the design DARPA has on its wish list in commercially available motorcycles.

Enthusiasts claim BRD’s Redshift, with 40 horsepower and weighing about 250 pounds, is the fastest street-legal gas or electric dual-sport bike.

It takes four hours to charge with a standard EV charger, or a home charging station. A single charge gives the bike a 50-mile range.

And the BRDs are very robust. The company says they are “designed to handle being dumped, dropped, slid, tipped, and just plain crashed.”

What’s next?
In the first development phase of the military’s hybrid motorcycle, the BRD and Logos Technologies team will produce a preliminary design and demonstrate key elements like hybrid propulsion, engine, motor and power control.

In the final phase, the military would look at this hybrid as a replacement for those motorcycles currently in service, like the M1030M1.