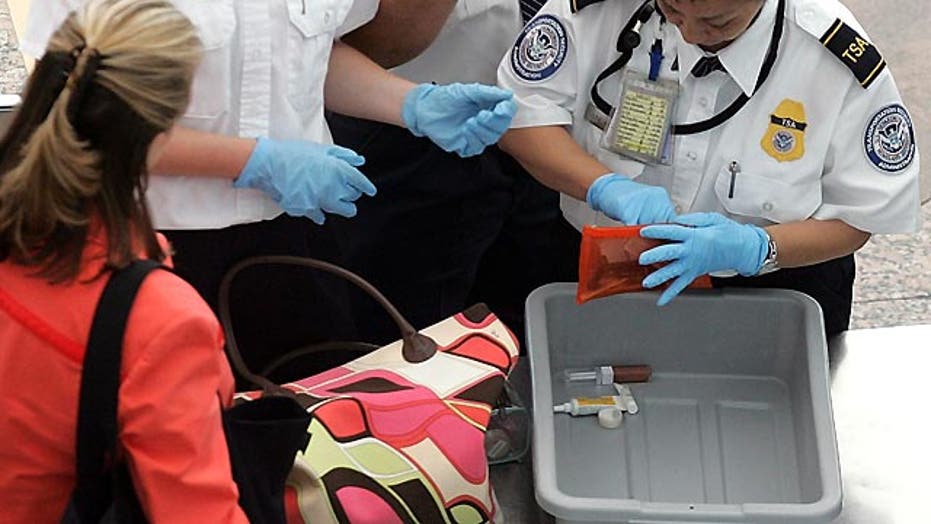 In 2006, the United States and United Kingdom disrupted a terrorist plot to blow up several airliners crossing the Atlantic to America. The conspirators planned to fill containers of everyday items like water and soda bottles with deadly explosives that they could detonate in midflight.

The plot could have killed hundreds or thousands of people on board those planes in a single day.

And so was born the odious “3-1-1 rule,” which limits the number and quantity of liquids passengers can stow in their carry-on bags when flying.

Ask any air traveler: The 3-1-1 rule may help thwart terrorists, but it’s a pain in the neck.

Ask any air traveler: The 3-1-1 rule may help thwart terrorists, but it’s a pain in the neck.

And it could soon come to a welcome end, thanks to a machine called the Insight100.

Made by Cobalt Light Systems in the U.K., the Insight100 can identify the chemical composition of liquids sealed in non-metallic packaging. It employs technology that currently enables the pharmaceutical industry to scan and verify medicines.

The Insight100 shines a laser beam at a container of liquid. A spectrum of light returns, and the machine crosschecks it against a library of liquids that are known to be threats.

“The technology works using the technique of Raman spectroscopy,” says Professor Pavel Matousek of the U.K.’s Science and Technology Facilities Council. “When combined with advanced algorithms to distinguish between the container and its contents, the technology is able to identify the chemical composition in seconds, and with greater reliability than any other existing system.”

Insight100 has been successfully deployed in 65 airports across Europe – including Heathrow and Gatwick in the U.K. – to screen for liquid explosives since January.

Liquid explosives don't look any different from regular liquids on X-ray monitors, but the Insight100 system can analyze the contents of bottles up to three liters without having to open them.

In other words, if you're inclined to carry on board a gallon-size bottle of shampoo, the Insight100 will know it's shampoo.

Cobalt Light Systems is looking into other potential applications for the technology, including detection of counterfeit goods and analysis of food products.

The company also believes it might help with non-invasive breast cancer screening and bone disease diagnosis.

The technology is a contender for the United Kingdom’s prestigious engineering prize, the MacRobert Award, to be announced this summer.