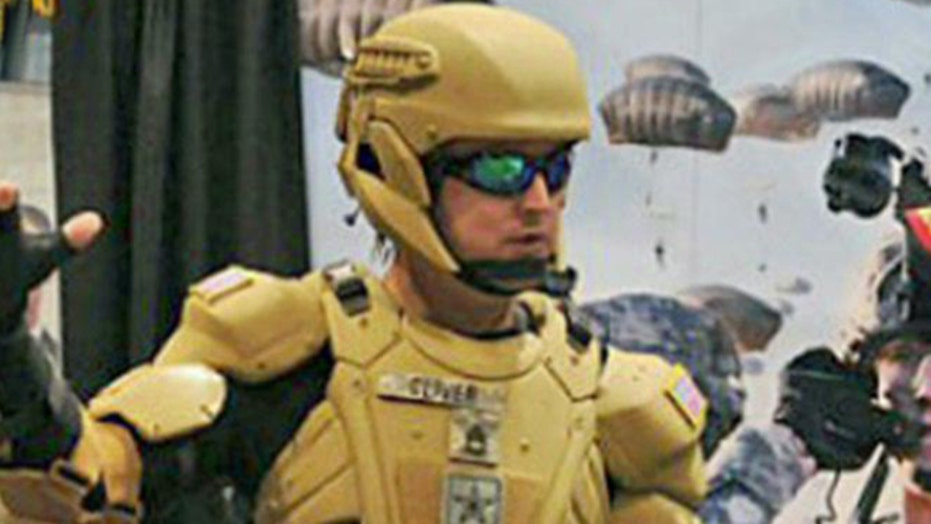 'Iron Man' suits for US military inching closer to reality?

SOCOM recently launched a new website to promote its vision of elite commandos outfitted in futuristic, battle suits like those depicted in Hollywood blockbusters such as Marvel’s Iron Man series.

The Tactical Assault Light Operators Suit effort, known as TALOS, would provide operators with full-body ballistic protection and increased physical performance. It would also feature embedded antennas and computers designed to give operators increased situation awareness. It’s even supposed to keep the wearer cool in hot weather and warm in cold climates.

Despite “aggressive marketing efforts by USSOCOM,” members of the House Armed Services Committee want to know more about the program before funding is approved.

“The committee understands that present efforts are being used to survey current technologies and to better inform future requirements documents, and that USSOCOM intends to deliver a fully functional prototype assault suit by August 2018,” according to language in the Fiscal 2015 National Defense Authorization Bill released by the Subcommittee on Intelligence, Emerging Threats and Capabilities.

“The committee is concerned that these requirements are not being properly coordinated with related or complementary efforts at the Defense Advanced Research Projects Agency and the U.S. Army Natick Soldier Systems Command.”

“The committee directs the Secretary of Defense to brief the congressional defense committees by August 1, 2014, on the TALOS project and similar efforts to include:

– Project timelines including the development of prototypes and anticipated funding;

– Any other developmental efforts underway that could satisfy USSOCOM TALOS-like requirements;

– Any other items the Secretary of Defense deems appropriate.”

The TALOS team plans on partnering with industry and academia to help overcome some of the huge, financial hurdles involved with developing such complex, multi-component technology.

USSOCOM intends to funnel $80 million into research and development for the four-year effort.

Defense industry officials maintain that the program will likely cost hundreds of millions more to perfect the sophisticated technology.

The U.S. Army $500 million over 10 years on Land Warrior, the first generation of wearable, computerized command-and-control technology, before the system’s reliability problems with solved in 2006.

“While USSOCOM is the proper authority to define Special Operations Forces peculiar requirements, it may not be the appropriate entity to lead such developmental technology efforts, like TALOS,” the bill’s language states.

“While the committee understands that Natick Soldier Systems Command is currently developing and partially funding one of the two Generation-I prototypes for USSOCOM, the committee is concerned that USSOCOM is also funding outside private sector research, and that overall efforts lack proper coordination and oversight, systems integration and collaboration, and prototype evaluation.”