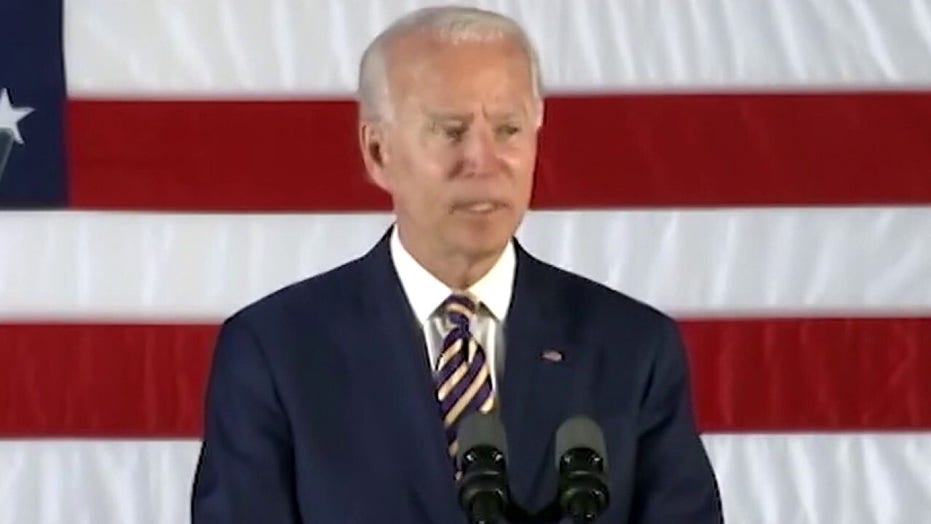 Presidential candidate Joe Biden has promised to introduce some of the most sweeping gun control legislation in recent history if elected in November, with the notion of "smart guns" at the center of his policy aimed at reducing firearm violence.

But what exactly is this technology, and is it likely to stop a weapon falling into the wrong hands?

"So-called smart-gun technology is an attempt to equip firearms with either biometric, electric or mechanical – typically magnetic – devices that prevent the gun from being used by 'unauthorized persons,'" Kevin Michalowski, the executive editor of Concealed Carry Magazine and director of media for USCCA, told Fox News. "In theory, the technology would prevent the firing mechanism from operating unless the authorized person was holding the gun."

According to Biden's 2020 campaign website, gun violence is a "public health epidemic" – and he is committed to putting America "on the path to ensuring that 100% of firearms sold in America are smart guns."

"Today, we have the technology to allow only authorized users to fire a gun. For example, existing smart gun technology requires a fingerprint match before use," the initiative explains. "But, right now, the NRA and gun manufacturers are bullying firearms dealers who try to sell these guns. Biden will stand up against these bullying tactics and issue a call to action for gun manufacturers, dealers, and other public and private entities to take steps to accelerate our transition to smart guns."

Phil Watson, a Second Amendment advocate and founder of the D.C.-based Washington Public Relations, disputed that there are still too many unknowns about the necessary mechanics for the so-called "smart guns."

"Smart guns are a topic that many politicians like to bring up to sound educated about guns; however, there are substantial questions about reliability when it comes to these devices," he observed. "The consequences of a defective smart gun can be deadly when someone urgently needs to defend their own life against a violent attack. The logical choice for individuals concerned with theft or improper use of their firearms is purchasing a safe or safety device." 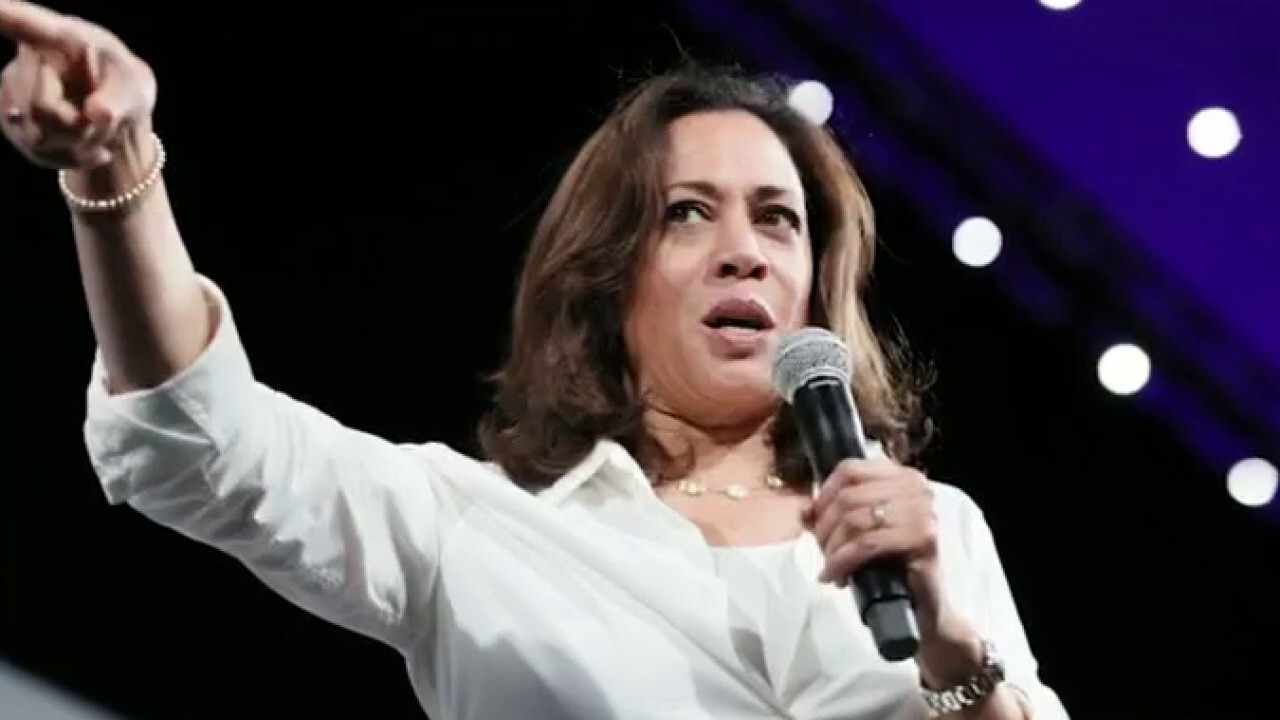 In years past, firearms manufacturers  – mostly in Europe – have developed prototypes in an effort to incorporate “smart” technology in weapons. One company attempted to make a watch that could be used to activate the trigger, while another company tried to develop a ring that could be used near the grip to “turn on” the gun. But both ideas fell flat and did not make it into the market.

Moreover, Watson stressed that over the many years that the idea of smart guns has been floated, the notion of a breach has always been problematic.

"There are significant concerns related to how these firearms can potentially be controlled and how data derived from these devices could be exploited," he said.

Sources in the gun industry highlighted that such pivotal woes – hacking and glitches – was one of the key reasons "smart" technology hasn't been created and applied to regular firearms use in the military or law enforcement.

"A big indicator that smart gun technology isn't taking hold anytime soon is not being mandated for the military or law enforcement," Watson said. "If these devices were actually practical, then every police department and military unit worldwide would be buying them."

IN 'DEFUND POLICE' CITIES WITH RISING CRIME, GETTING A GUN NO EASY TASK: 'NEAR-IMPOSSIBLE TO GET A PERMIT'

Michalowski also raised red flags over how the application of the technology could impact personal privacy.

"If the smart technology uses fingerprints, will there be a requirement for registration, even de facto registration on some sort of technology database? If smart technology uses RFID technology, where will the chip be placed? On a ring or wristwatch? Well, that would mean the gun could be used by anyone in possession of the ring or wristwatch," he said. "Developers have been trying to perfect such technology in some form or another for more than 30 years. So far, nothing has been effective or reliable. Some tech companies claim to have it perfected, but I have seen no proof of this."

Watson emphasized that mandatory "smart" tech would drive up the cost of a simple handgun purchase exponentially – further emphasizing income and accessibility inequality.

"A higher cost will obviously mean barriers to entry for lower-income individuals that choose to exercise their constitutional rights," Watson conjectured. "There's a long list of companies that claimed they'd have the next big smart-gun that would dominate the market, but none of them ever panned out. This technology can also have big drawbacks such as technical errors or critical failures."

However, others contended that – as with most technology – the more the demand, the more the production and the lower the marginal cost.

"A government mandate that all new firearms be equipped with smart gun technology would dramatically lower the additional cost. One recent estimate is that a smart gun technology equipped handgun could be available soon in the U.S. at the cost of $800 while a similar handgun with the technology costs around $500," said Mike Lawlor, an Associate Professor of Criminal Justice at the University of New Haven. "A significant increase in demand that would follow a government mandate to reduce the cost over time.

Yet it would remain to be seen if a Biden administration would ever dedicate cost-cutting resources or subsidies to the gun industry. Some manufacturers underscored that such a decree would inevitably "bankrupt" the industry – an ideal outcome for many firearms opponents.

Biden said back in 2013 that the depicted "smart" technology "could have changed something" in Newtown, Conn., referring to the December 2012 massacre that left 27 - mostly children – dead.

"A lot could change, for example, if every gun could only be fired by the person who purchased it," Biden said at a meeting with members of the video-game industry more than seven-and-a-half-years ago, noting that the smart guns would ultimately analyze biometrics and grip pattern to determine whether guns were in the hands of those not registered as the owner.

Some on the other side of the spectrum beg to differ.

"Smart-gun technology would have zero impact on crime. Criminals already hack into computer systems, steal passcodes and pin numbers, bypass electronic locks, and otherwise commit crimes," Michalowski argued. "So what is to stop them from figuring out how to bypass the elements needed to create a smart gun? So, once again, with a gun-control scheme, the only impact 'smart' technology would have is on the law-abiding citizen."

Nonetheless, the former vice president has doubled down on the policy throughout his bid for the presidency.

"It's within our right to do that. We can do that. Our enemy is the gun manufacturers, not the NRA. I would buy back those weapons," Biden proclaimed at a debate last year. "We already started talking about that. We tried to get it done. I think it can be done. It should be demanded that we do it, and that's a good expenditure of money."