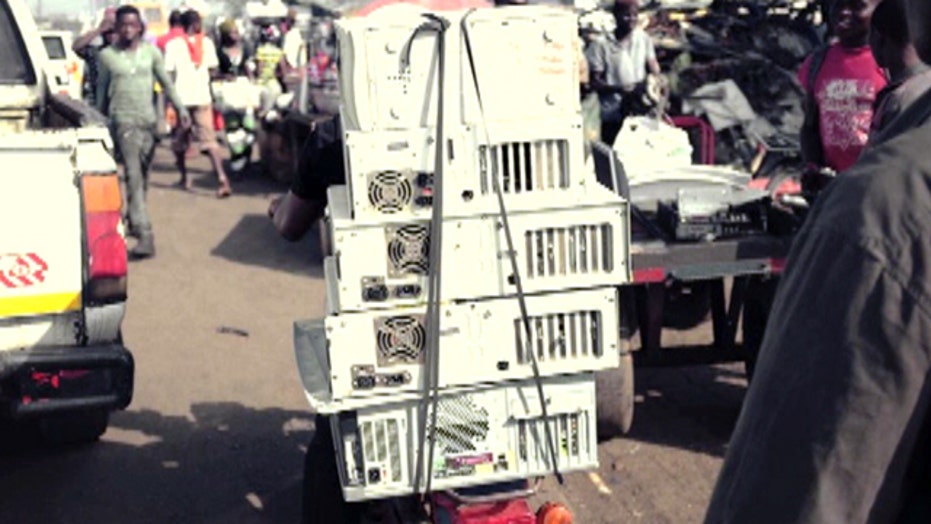 Where does your tech garbage really go?

Have you ever wondered what happens to your tech garbage? Your old laptops, phone chargers, gaming consoles? Despite regulations meant to prevent it, many of them end up in Agbogbloshie -- the world's biggest e-waste dumpsite in Ghana.

Locals as young as 7 use hammers to smash laptops or burn the other outdated items to get bits of precious metals, and often suffer from the toxic mess. 26-year-old German photographer Kevin McElvaney took a series of photos of the illegal dumping. Tech has a long way to go to fix this problem.

Looking for a lucrative tech internship this summer? Here are the top paying tech internships according to Mashable.com. Palantir Technologies, a computer software company, offers the most money at a very healthy base of $7,012 per month, while Twitter pays its interns $6,791. Insane! My internship in college at a local law firm paid $20 bucks -- and that covered parking.

Finally, if you've ever second-guessed why you didn't go to school for tech, I can confirm you made the wrong career choice. Forbes just announced the world’s richest tech moguls. The usual suspects like Bill Gates are on the list with $76 billion -- Gates made $9 billion just last year. Then comes Larry Ellison from Oracle, who is worth $48 billion.