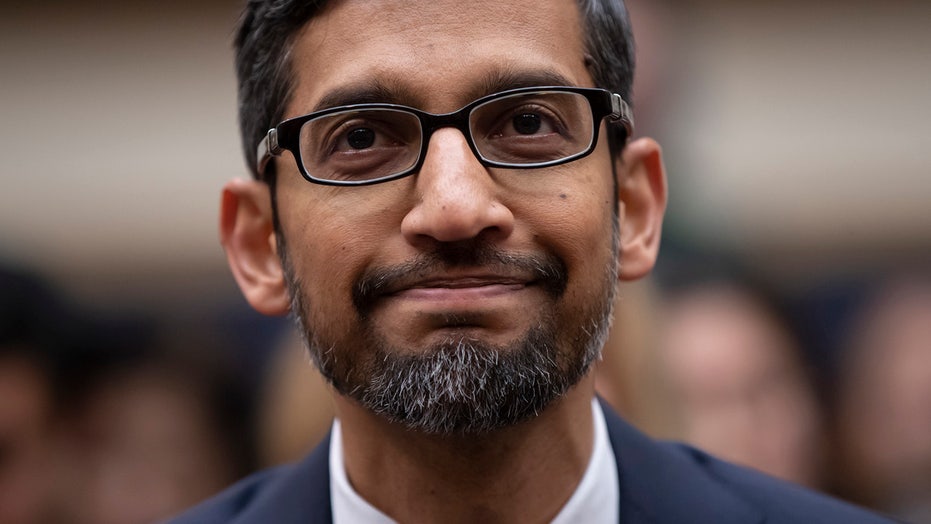 That figure, which includes a $650,000 salary and valuable stock awards, amounts to an hourly pay rate that most Americans can only ever dream about.

According to the U.S. Bureau of Labor Statistics, the median income for a full-time wage or salary worker was $900 as of the fourth quarter of 2018. That's $22.50 per hour.

Pichai – who previously led product management for Google Chrome and oversaw the development of Gmail, Google Maps and the Android operating system – earned about 10,000 times that rate, according to the proxy statement from Google's parent company Alphabet.

Alphabet's stock price, which surpassed $1,000 per share in October 2017, dropped 5 percent this week on the heels of revenue growth at Google having dropped below 20 percent for the first time in three years.

Facade with logo at the Googleplex, headquarters of Google Inc in the Silicon Valley, Mountain View, Calif., April 13, 2019.  (Getty Images)

In addition, the company is facing a range of challenges, including employee activism around issues of pay equity, sexual harassment and alleged retaliation.

According to a 2017 report from the Economic Policy Institute, the average American CEO made $15.6 million in compensation, or about 271 times that of the average U.S. worker.