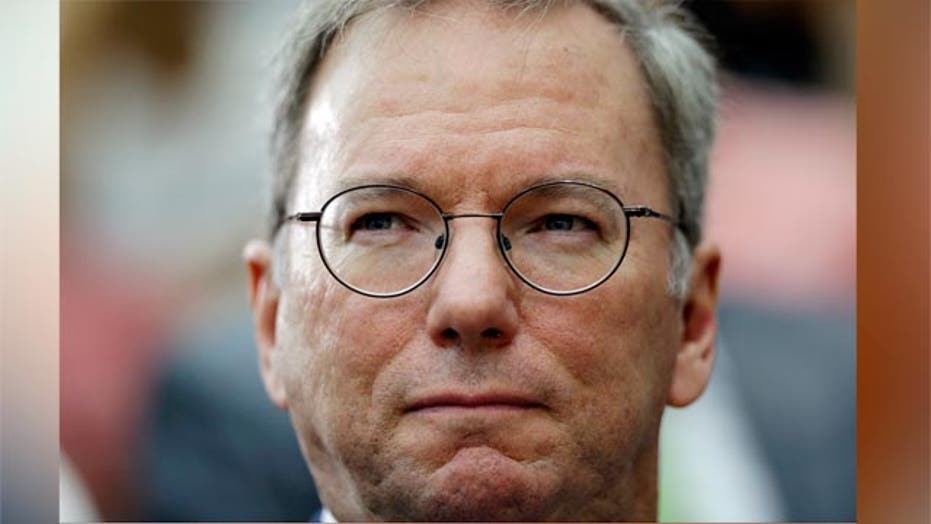 SEOUL, South Korea – Google's executive chairman is preparing to travel to one of the last frontiers of cyberspace: North Korea.

Eric Schmidt will be traveling to North Korea on a private, humanitarian mission led by former New Mexico Gov. Bill Richardson that could take place as early as this month, sources told The Associated Press on Wednesday. The sources, two people familiar with the group's plans, asked not to be named because the visit had not been made public.

The trip would be the first by a top executive from U.S.-based Google, the world's largest Internet search provider, to a country considered to have the most restrictive Internet policies on the planet.

North Korea is in the midst of what leader Kim Jong Un called a modern-day "industrial revolution" in a New Year's Day speech to the nation Monday. He is pushing science and technology as a path to economic development for the impoverished country, aiming for computers in every school and digitized machinery in every factory.

However, giving citizens open access to the Internet has not been part of the regime's strategy. While some North Koreans can access a domestic Intranet service, very few have clearance to freely surf the World Wide Web.

It was not immediately clear who Schmidt and Richardson expect to meet in North Korea, a country that does not have diplomatic relations with the United States. North Korea has almost no business with companies in the U.S., which has banned the import of North Korean-made goods.

Schmidt, however, has been a vocal advocate of providing people around the world with Internet access and technology.

As Google's chief executive for a decade until 2011, Schmidt oversaw Google's ascent from a small California startup focused on helping computer users search the Internet to a global technology giant making inroads into mobile phone markets as well as mapping.

Google now has offices in more than 40 countries, including all three of North Korea's neighbors: Russia, South Korea and China, another country criticized for systematic Internet censorship.

After being accused of complying with China's strict Internet regulations, known as "the Great Firewall of China," Google pulled its search business from the world's largest Internet market in 2010 by redirecting traffic from mainland China to Hong Kong. The company maintains other businesses in China, but a recent transparency report shows Google's services there sporadically are blocked.

Since stepping aside as CEO, Schmidt has served as Google's executive chairman, largely responsible for the company's external relationships with policymakers, business partners and governments around the world.

And in recent months, Schmidt had been working with Jared Cohen, a former U.S. State Department policy and planning adviser who heads Google's New York-based think tank, on a book about the Internet's role in shaping society. "The New Digital Age" is due to be published in April.

Schmidt's message: The Internet and mobile technology have the power to lift people out of poverty and political oppression.

"The spread of mobile phones and new forms of connectivity offer us the prospect of connecting everybody," he said in commencement speech at Boston University in May. "When that happens, connectivity can revolutionize every aspect of society: politically, socially, economically."

The Richardson-Schmidt trip comes at a delicate time politically. In December, North Korea defiantly shot a satellite into space on the back of a three-stage rocket last month, a launch Pyongyang has hailed as a major step in its quest for peaceful exploration of space.

Washington and others, however, decry it as a covert test of long-range ballistic missile technology designed to send a nuclear-tipped warhead as far as California. The U.N. Security Council quickly condemned the launch, and is deliberating whether to further punish Pyongyang for violating bans on developing its nuclear and missile programs.

The visit also follows North Korea's announcement that an American citizen of Korean descent has been jailed in Pyongyang on suspicion of committing "hostile" acts against the state. Conviction could draw a sentence of 10 years of hard labor under North Korea's penal code.

Kenneth Bae, identified in North Korean state media by his Korean name, Pae Jun Ho, is the fifth American detained in North Korea in the past four years. The exact circumstances of his arrest were not clear. The Korean Central News Agency said he was taken into custody in Rason, a special economic zone in the far north near China and Russia, while on a tour of the area.

Richardson, a former U.S. ambassador to the United Nations who often serves as an envoy to countries that do not have diplomatic relations with the United States, will try to meet with North Korean officials, and possibly Bae, to discuss the case, the sources said.

Richardson has been to North Korea at least a half-dozen times since 1994, including two trips to negotiate the release of Americans detained by North Korea. His last visit to Pyongyang was in 2010.

Also leading the trip is Kun "Tony" Namkung, an Asian affairs expert who has made numerous visits to North Korea over the past 25 years. Namkung also serves as a consultant to the AP.

However, even before late leader Kim Jong Il's death a year ago, North Korea indicated interest in repairing relations with Washington.

Last year, a group of North Koreans even paid a visit to Google headquarters in Mountain View, California.