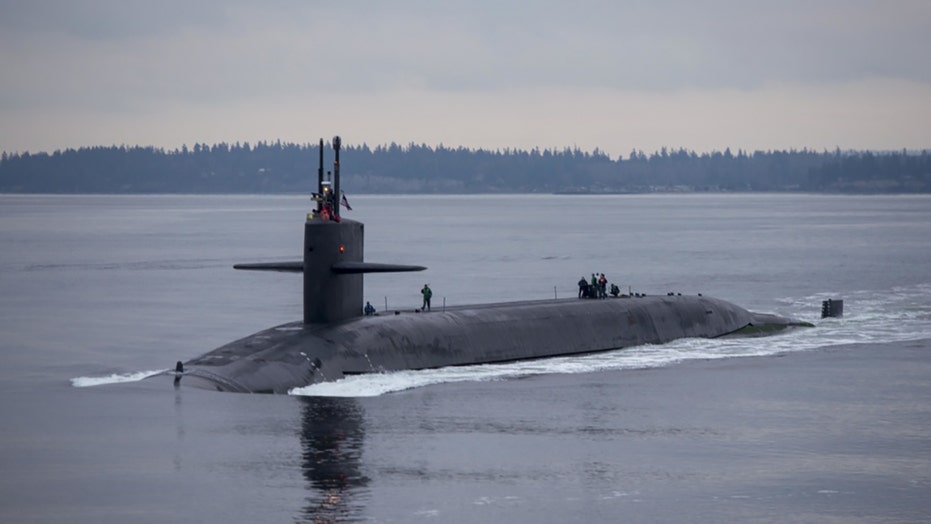 Almost nobody knows where they are at any given time, yet nuclear-armed ballistic missile submarines quietly patrol dark domains of the undersea realm in strategically vital waters around the globe, bringing the prospect of unprecedented destruction upon potential enemies -- all as a way to keep the peace.

It would not be an exaggeration to call the first “cut of steel” for the lead ship in a class of new nuclear-armed Columbia-class ballistic missile submarines a historic occasion, as the boat is intended to usher in a new era in firepower-reliant strategic deterrence.

A “cut-of-steel” for advanced construction of the first boat took place at Newport News Shipbuilding June 17 -- three weeks early -- marking the formal beginning of a long and carefully labored process of building the most technically advanced ballistic missile submarine ever to exist.

The submarine's mission is clear: ensure total destruction against anyone launching a first-strike nuclear attack upon the US.

“We have to have that first boat out on patrol no later than October 2030. I can tell you today, we are planning to beat that,” Capt. John Rucker, Columbia-class program manager, said at the Navy League’s Sea Air Space symposium in May.

Using first-of-its-kind digital modeling techniques, and advanced training, the Navy has been making rapid progress staying ahead of the original construction schedule. The ship specs are 100-percent complete, the arrangements are 97.5 percent complete and the ship disclosures are already 43-percent complete.

Early delivery could bring a number of needed advantages. Given the pace of retirement of the existing Ohio-class, there will likely be a submarine deficit in coming years. Faster arrival of Columbia’s will not only increase deterrence-oriented firepower and mission scope but also bring unprecedented levels of quieting technology due to its X-shaped stern and electric drive propulsion. Furthermore, it takes no imagination to recognize that the nuclear-threat environment is rapidly becoming more serious for the US as it seeks to potentially add new, low-yield submarine-launched nuclear weapons and somehow counter Russia’s more threatening “escalate to de-escalate” posture.

Huntington Ingalls Industries’ Newport News Shipbuilding described the first cut this way…”With the press of a button, a plasma-burning machine cut the first steel plate that will be used to build the lead ballistic missile submarine.”

Research, prototyping, science and technology work and initial missile tube construction on Columbia-class submarines have been underway for several years. One key exercise, called tube-and-hull forging, involves building four-packs of missile tubes to assess welding and construction methods. These structures are intended to load into the boat’s modules as construction advances. Rucker said that the Navy recently awarded a new missile-tube construction deal in April. The Columbia-class will have 16 launch tubes rather than the 24 tubes currently on Ohio boats, yet the Columbias will be about 2-tons larger, according to Navy information.

Rucker also pointed to what service developers refer to as a modular construction technique designed to establish the technical infrastructure needed to keep upgrading the ship as new systems arrive.

“We put in different valves so you can do isolations for hydraulics to make it more sustainable. We sat with the operators and maintainers at the refit facilities and the training facilities."

Using the same nuclear missiles with the Columbia that is currently used in the existing Ohio-class is also helping to expedite development.

The Trident II D5s have both been maintained and upgraded in recent years, a scenario which makes it possible for the Navy to literally integrate the exact same weapons system into the Columbia-class as is now arming the existing Ohio-class.

The Navy plans to have 12 Columbia’s built by 2042, carrying 70-percent of US strategic nuclear warheads.

“The most survivable leg of the strategic deterrent is … the submarine,” Rucker said. “….so just sit back and think about that.”