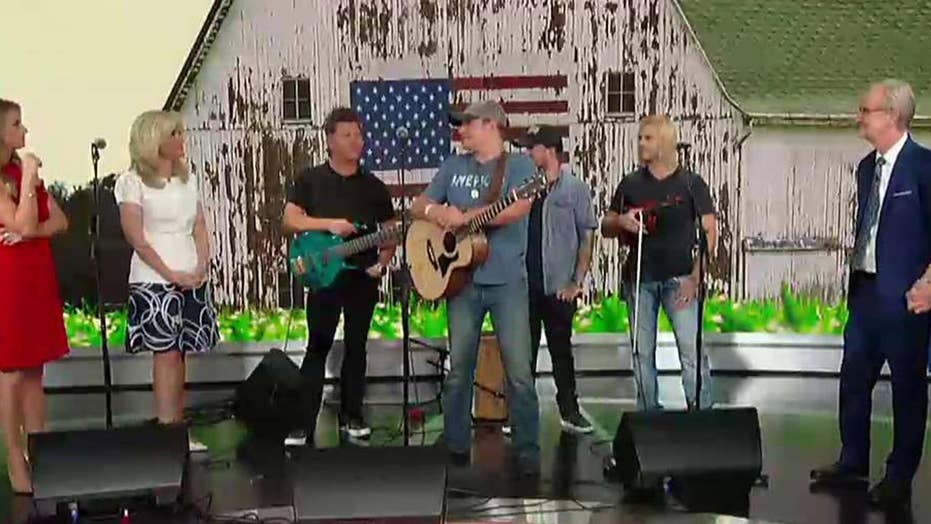 The country musicians react to Facebook 'censoring' their song.

The Wes Cook Band says that it is in a “productive dialogue” with Facebook after the social network prevented the group from using its paid tools to promote their song “I Stand for the Flag.”

After a series of back-and-forth comments made by the band and the social network, the two parties issued a joint statement, with Facebook thanking the Wes Cook Band for working with them on the issue.

“We’ve spoken to the Wes Cook band to explain we made an error here,” it explained, in a joint statement released late Thursday. “We’re grateful for their patience as we work to improve our policies.”

The band posted the tech giant’s statement to its Facebook page late Thursday with its own response.

“Wes Cook Band is very pleased to have entered into a productive dialogue with the Facebook policy and music teams regarding our video, and our personal concerns regarding the national interest of political neutrality in social media. We believe this is an excellent example of two sides communicating and finding common ground. In the same way, we sincerely hope the message in our song, “I Stand for the Flag,” will inspire our fellow citizens to pursue productive, open and honest communication, especially involving the challenging topics of the day. If we can open our hearts to our fellow man, together we can create a healthier and more loving society.”

The song features lyrics such as: "Don't care if you're black or white or who you love, I stand for the Flag and the Flag stands for all of us."

Frontman Wes Cook argues that the song promotes a message of patriotism, not political division, as evidenced by the line "you ain’t gotta pick a side, you can love your fellow man and still have pride."

The Nashville-based group released a video for the song on Facebook Monday. They planned to promote it for 24 hours using the advertising tools that the social network provides. The request was initially approved and then rejected by Facebook, which cited the video’s "political content," according to the band.

Facebook overturned that decision late Monday, although the band told Fox News that their attempt to re-run the ad late Wednesday was also rejected. The situation sparked allegations of bias against the social network.

The Wes Cook Band was also infuriated by what they described as a lack of communication from Facebook.

"I was upset by it, more than anything else, just because we're trying to spread a message of positivity," he told Fox & Friends Thursday. "We wanted this song to be heard by as many people as possible. We were willing to pay for it, but that wasn't allowed."

Facebook’s handling of ads on its platform has been coming under scrutiny lately. The social network, for example, was recently criticized for mistakenly rejecting ads from businesses such as restaurants and hair salons that were not political.

In an attempt to boost transparency and security, Facebook recently introduced an authorization process whereby people involved in running ads with political content are required to confirm their identities and location as well as enabling two-factor authentication for account protection.

FACEBOOK FOUND 'HATE SPEECH' IN THE DECLARATION OF INDEPENDENCE

Facebook’s algorithm was in the spotlight again this week after the social network tagged an excerpt from the Declaration of Independence as hate speech. The tech giant apologized for the error.