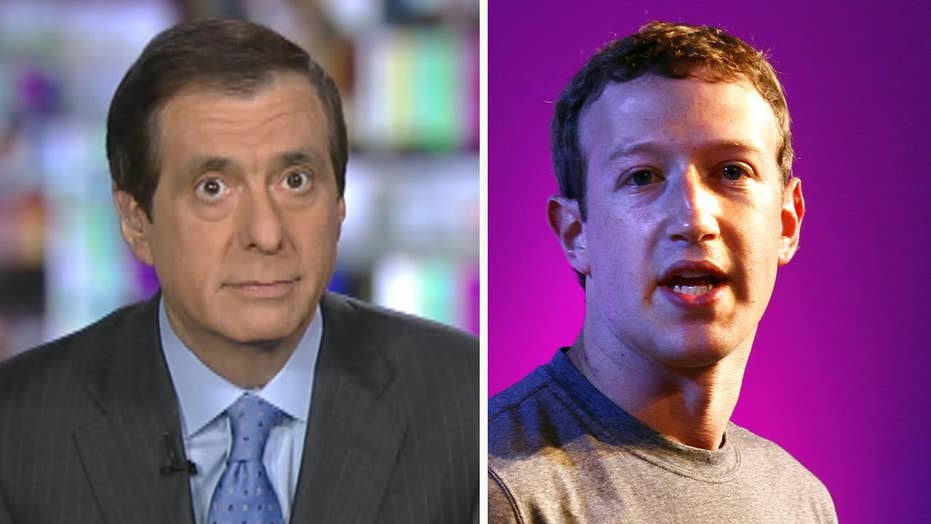 Howard Kurtz: Why Facebook has finally gone too far

'MediaBuzz' host Howard Kurtz weighs in on the New York Times expose that revealed just how much information personal information Facebook allegedly shared with other companies like Netflix and Spotify.

The company has been the target of so much scrutiny, so many investigations, that it's difficult for anyone to keep track.

And we've all become accustomed, maybe inured, to all the explanations, justifications and belated apologies from Mark Zuckerberg and Sheryl Sandberg.

But an investigative piece in yesterday's New York Times involves a very different kind of ethical breach — one that critics say rises to outright betrayal.

That is like a gut punch — the one area on the post-everything site where its more than 2 billion users felt assured they had absolute privacy.

And yet, documents obtained by the Times show the company granted Netflix and Spotify the ability to read confidential messages.

Never mind that you might have been writing about sensitive financial matters or emotional issues, or didn't want anyone to know about your relationship with that person. Facebook didn't care.

Zuckerberg and company "allowed Spotify, Netflix and the Royal Bank of Canada to read, write and delete users' private messages, and to see all participants on a thread — privileges that appeared to go beyond what the companies needed to integrate Facebook into their systems ... Spokespeople for Spotify and Netflix said those companies were unaware of the broad powers Facebook had granted them."

Facebook privacy chief Steve Satterfield is quoted as saying the company didn't violate anyone's privacy. He conceded that "we know we've got work to do to regain people's trust."

But no apology from Zuckerberg, Sandberg or the company itself.

Other deals: Facebook let Microsoft's Bing search engine see the names of nearly all Facebook users' friends without their consent. Yahoo was allowed to "view streams of friends' posts as recently as this summer, despite public statements that it had stopped that type of sharing years earlier."

Even the newspaper itself: "The Times — one of nine media companies named in the documents — had access to users' friend lists for an article-sharing application it had discontinued in 2011."

Experts, including a former Federal Trade Commission, said the deals appeared to violate a consent decree signed by Facebook after a privacy suit by the agency.

This comes on the heels of a Senate report charging that Facebook (along with Twitter and Google) withheld information from the government about the extent of Russian infiltration.

Given the endless waves of Russian propaganda and disinformation, perhaps there was a little public sympathy for the challenge of trying to police such a massive operation.

But the Facebook privacy infringements are a self-inflicted wound. They reflect an insatiable drive for profits that goes well beyond the bargain we all make in allowing our public information to be marketed to advertisers.

It's a bargain that some prominent people are now abandoning. Walt Mossberg, the pioneering technology reporter for the Wall Street Journal, Recode and the Verge, says he's quitting the site.

"I am doing this — after being on Facebook for nearly 12 years — because my own values and the policies and actions of Facebook have diverged to the point where I'm no longer comfortable here."

MSNBC anchor Kasie Hunt said yesterday that she too is bailing on Facebook.

I'm not suggesting this is a giant wave. But Facebook needs to decide whether trampling on its users' expectations will ultimately cost the company more friends than it can afford.