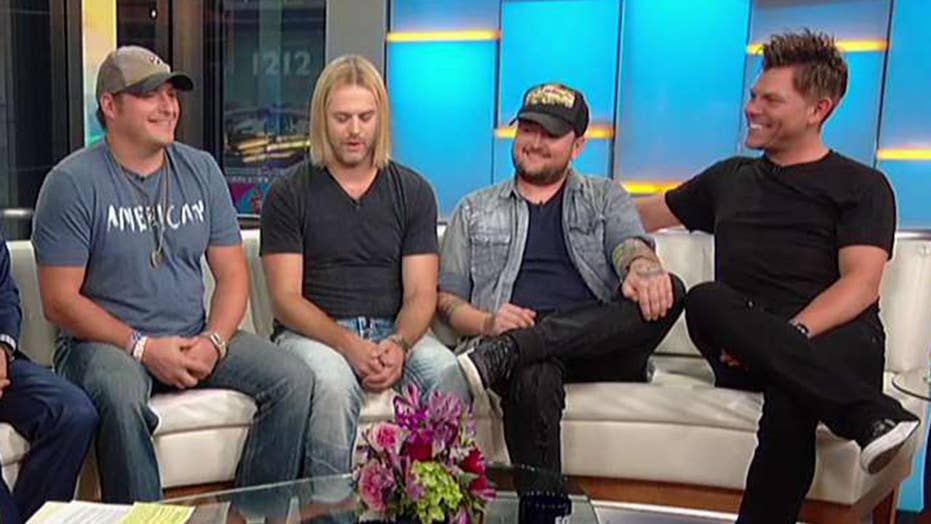 Band says Facebook denied the promotion of their patriotic song 'I Stand For the Flag.'

Facebook has been slammed by the Wes Cook band after it prevented the country group from using the social network's paid tools to promote its song "I Stand for the Flag."

The row has led to allegations of bias against the social network. "It has do with a level of political bias that we feel that Facebook has within its algorithms," band member Nathan Stoops told Fox & Friends Thursday. "If these algorithms are programmed to reject content like 'I Stand for the Flag,' then I think that would give a lot of Americans the right to be offended by that level of bias within a company that purports itself to be politically neutral."

The Nashville-based group released a video for "I Stand for the Flag" on Facebook Monday. They planned to promote it for 24 hours using the paid promotion tools that the social network provides. The request was initially approved and then rejected by Facebook, which cited the video’s "political content," according to the band.

Late Tuesday, Facebook told Fox News that the decision has been overturned. "We recently announced anyone running ads about political or other major national issues must include a 'paid for' label," explained a Facebook spokesperson. "After looking again, we determined that this ad doesn't need that label. While this is a new policy, and while we won’t ever be perfect, we think knowing who is behind an ad is important, and we’ll continue to work on improving as we roll it out."

The ad had expired by the time that Facebook overturned its initial decision the social network told Fox News. If the same ad were to run again, it would be approved without disclosure, a spokeswoman for the social network explained Wednesday.

However, the band told Fox News that their attempt to re-run the ad late Wednesday was also rejected. Stoops explained that the band's initial goal had been to promote their song prior to the July 4th holiday. "It's meant to be a healthy message for Americans, it's not political, it's patriotic," he said.

"We’ve spoken to the Wes Cook Band to explain we made an error here," explained Facebook, in a statement. "We’re grateful for their patience as we work to improve our policies."

The song features lyrics such as: "Don't care if you're black or white or who you love, I stand for the Flag and the Flag stands for all of us."

Frontman Wes Cook argues that the song promotes a message of patriotism, not political division, as evidenced by the line "you ain’t gotta pick a side, you can love your fellow man and still have pride."

"I was upset by it, more than anything else, just because we're trying to spread a message of positivity," he told Fox & Friends Thursday. "We wanted this song to be heard by as many people as possible. We were willing to pay for it, but that wasn't allowed."

Facebook’s handling of ads on its platform has been coming under scrutiny lately. The social network, for example, was recently criticized for mistakenly rejecting ads from businesses such as restaurants and hair salons that were not political.

In an attempt to boost transparency and security, Facebook recently introduced an authorization process whereby people involved in running ads with political content are required to confirm their identities and location as well as enabling two-factor authentication for account protection.

This story was updated Friday July 6.