Tesla CEO Elon Musk aired his frustration with the media on Wednesday, issuing a series of tweets calling out the “hypocrisy of big media companies” before floating the idea of starting a website which would allow the public to rate journalists.

“The holier-than-thou hypocrisy of big media companies who lay claim to the truth, but publish only enough to sugarcoat the lie, is why the public no longer respects them,” Musk started out by tweeting.

Musk went on to claim that “journos are under constant pressure to get max clicks & earn advertising dollars or get fired.”

ELON MUSK CONFIRMS TESLA MODEL 3 HAS A BRAKING ISSUE, SAYS A FIX IS IN THE WORKS

And to one Twitter user who commented on the CEO’s remarks, Musk replied “the media has earned this mistrust. But maybe there is a solution.”

Musk also talked about creating a site, possibly called Pravda, where people “can rate the core truth of any article” and keep track of the credibility of a journalist or news outlet. He also created a poll, asking followers to choose whether the website was a good idea.

Pravda was the name of a Communist newspaper in the former Soviet Union.

Musk’s company has been the recipient of recent backlash due to a number of crashes involving the company’s vehicles.

TESLA THAT CRASHED INTO TRUCK WAS ON AUTOPILOT, DRIVER SAYS 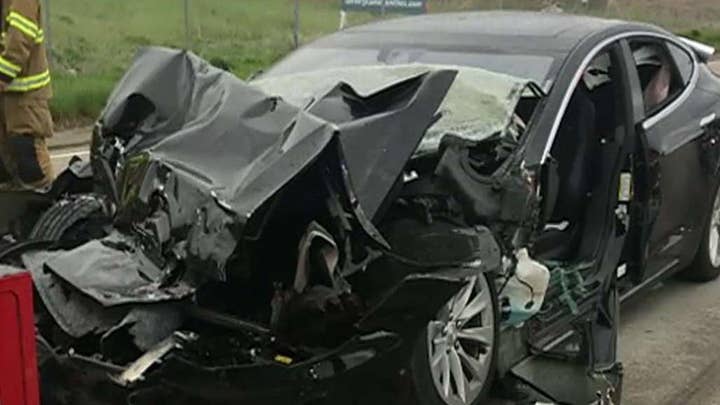 During one incident in Utah this month, the driver of a Tesla that crashed into a truck at 60 mph told police that she had the vehicle’s autopilot feature turned on.

Musk reacted at the time, tweeting that it was “super messed up that a Tesla crash resulting in a broken ankle is front page news and the ~40,000 people who died in US auto accidents alone in past year get almost no coverage.”

During Wednesday’s comments, Musk also responded to individual reporters, including one who retweeted Musk’s comment and drew a comparison to President Trump.

In response to a reporter who said Musk was continuing “his slow transformation into a media-baiting Trump figure screaming irrationally about fake news,” the Tesla CEO replied, “Thought you’d say that. Anytime anyone criticizes the media, the media shrieks “You’re just like Trump!

“Why do you think he got elected in the first place?” Musk continued. “Because no one believes you any more. You lost your credibility a long time ago.”

To another journalist, who wrote that “blaming the messenger is the hot new thing everyone’s doing,” Musk replied, “Oh hey another sanctimonious media person who thinks he’s above criticism.”

“Try being truthful & the public will believe you again,” Musk said.

Tesla did not immediately respond to Fox News’ request for comment.