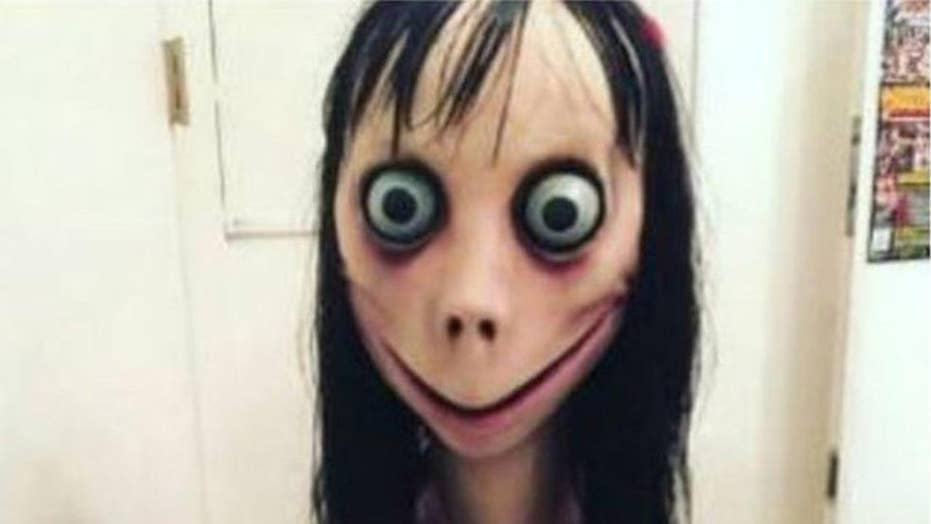 Reports have emerged that children are seeing the viral challenge show up on Facebook or YouTube videos. Kurt 'CyberGuy' Knuttson explains what you need to know.

The so-called "Momo suicide challenge” is back in the spotlight, despite being widely branded as an elaborate hoax.

"Momo" garnered global attention last year after it allegedly started spreading on WhatsApp. Players were purportedly urged to commit self-harm and even suicide, prompting police warnings. However, the game has since been regarded as a "legend."

The challenge recirculated in the news this week after parents in the U.K. claimed to find the eerie character on WhatsApp and hidden in some animated videos on social media, CBS News reported.

In a statement to CBS News, the Facebook-owned messaging app confirmed it was aware of the recent reports and said it "cares deeply about the safety of [its] users."

"It's easy to block any phone number and we encourage users to report problematic messages to us so we can take action," a WhatsApp spokesperson advised. WhatsApp did not immediately return Fox News' request for further comment Friday morning.

Parents have been urged not to panic over the re-emergence of the Momo viral phenomenon while remaining vigilant about the many dangers their children could encounter online.

"While we believe there's no solid evidence that MOMO videos exist, stay informed," the Austin Independent School District Police tweeted on Thursday. "Others may perpetuate this fear through social media, bullying, etc. Monitor your child's online activity, but #dontletfearwin."

On the other side of the Atlantic, Police Scotland on Wednesday also assured parents that the "Momo challenge" shouldn't be a cause of concern but said they should nonetheless warn their children about the dangers of online challenges.

Spring Hope Police Department in North Carolina said it was notified about the "Momo Challenge" by Spring Hope Elementary School on Wednesday.

"While the police department is not sure if the challenge is real or a hoax, it is important to make parents aware of the potential danger of the report and to encourage that parents are monitoring their children’s social media and internet activity," police explained in a Facebook post.

In a statement released Thursday, YouTube said it has not found videos promoting the challenge on its platform.

"After much review, we’ve seen no recent evidence of videos promoting the Momo Challenge on YouTube. Videos encouraging harmful and dangerous challenges are clearly against our policies, the Momo challenge included," the video-sharing giant said. "Despite press reports of this challenge surfacing, we haven’t had any recent links flagged or shared with us from YouTube that violate our Community Guidelines."

The creepy "Momo" image was lifted from an Instagram account that featured the doll-like sculpture originally created by a Japanese artist. There is no evidence to link the artist or his company to the "Momo challenge," CBS reports.