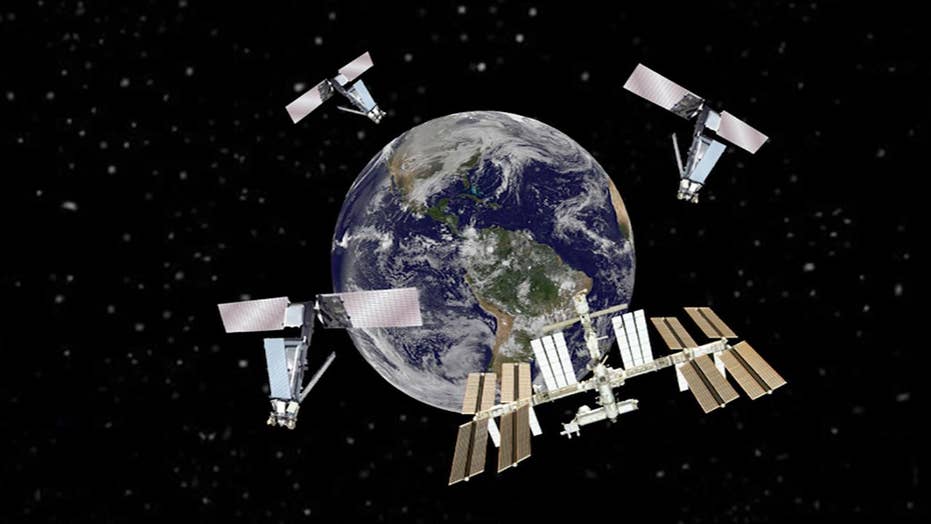 Customers, passengers, and employees have grown to expect access to the Internet wherever they are. Many businesses and individuals can’t get anything done without it.

So as billionaires like Jeff Bezos and Elon Musk work to make commercial space travel not just a reality but a norm, one group is working to make sure people can stay connected while they are in zero gravity.

“We want to be able to live and work in space, have fun in space, and vacation in space. And when we get there we want to make sure we have Internet,” said Brian Barnett, CEO of Santa Fe, NM-based Solstar.

Space may be the final frontier, but it’s no longer the final place people can go to disconnect. On Sunday, Solstar sent the first tweet from space, using only commercial infrastructure.

“It was exhilarating and very, very fulfilling,” said Mark Matossian, COO of Solstar. “Any activity like this in aerospace is moments of sheer terror punctuated by hours of boredom. So those critical moments when the rocket’s going and things have to happen quickly, yeah it’s pretty exciting.”

Barnett and Matossian pose for a very happy picture, moments after they sent their tweet from space. (Brian Barnett)

It's unclear how many companies are vying to create the technology, which requires approval by the Federal Communications Commission.The FCC has issued several experimental licenses for use of Wi-Fi devices in orbit. They are not aware of any company providing service using Wi-Fi devices from space. Orbiting spacecraft do need a license for frequency use.

Although there’s rocket science used to make it work, Solstar’s Wi-Fi should be as easy to use as any other network. Even on a cellphone or laptop, according to Barnett.

The system will use a series of satellites to provide internet access and continuously switch to the satellite with the best signal to avoid lost connections. Barnett said the concept is similar to how cell phones switch cell towers. Solstar's Communicator will be inside the space ship or space station, to create the Wi-Fi network.

Barnett and Matossian pose with the Solstar Communicator, inside they house the modem and router that connects to the internet in space. (Brian Barnett)

“You’re on the rocket getting ready to go up, then you just make sure, we’ll make sure you’re connected to the Solstar Wi-Fi signal and then we take the rest from there,” said Barnett.

Solstar’s biggest challenge in creating the system, is access to space. They rely entirely on rides from other private companies like Blue Origin or SpaceX. That limits how much testing it can do, but company officials hope to experiment more often as commercial space flights become more frequent.

“We’d like to provide the telecom services for those astronauts, those civilian astronauts or space tourism astronauts. And I think the important thing there is to give them the opportunity to share the experience of being in space,” said Matossian.

Some people believe one day buying a ticket to space will be just as easy as buying a plane ticket. It even appears promising to NASA, which gives financial help to Solstar so it can run in-space experiments like Sunday’s ride with Blue Origin.

“We see this as part of the commercialization of LEO (low-earth orbit). The idea of this Wi-Fi is now you’re bringing infrastructure service like you have on the ground or onboard airplanes, into a space environment,” said Ron Young, a Program Manager for NASA’s Flight Opportunities program.

NASA currently provides its own infrastructure for internet. Maintaining satellites and ground infrastructure is a very expensive operation, which is paid for by taxpayers, so that’s why the agency wants to begin outsourcing that service for commercial travelers.

Young said he hopes Wi-Fi in space will one day be as easy to use as the internet in an office or apartment. He also wants commercial Wi-Fi to improve the affordability.

“It may be a way NASA can leverage off commercial capability,” said Young.

NASA could also use the Wi-Fi to connect to a payload it is delivering in space and check that the payload is functioning properly, according to Young.

But don’t expect Wi-Fi in space to be cheap. Many of Solstar’s earliest clients will likely be the super-rich who have bought tickets to space. Barnett said he’ll send a bill like any other internet provider, but it will have a few more zeroes. It could cost tens of thousands of dollars a month to send tweets or post on Facebook from space.

“If you want to fly in space on one of these private rockets and you want to use internet, use the internet and use as much data as you want and we’ll send you the invoice at the end the month,” said Barnett.