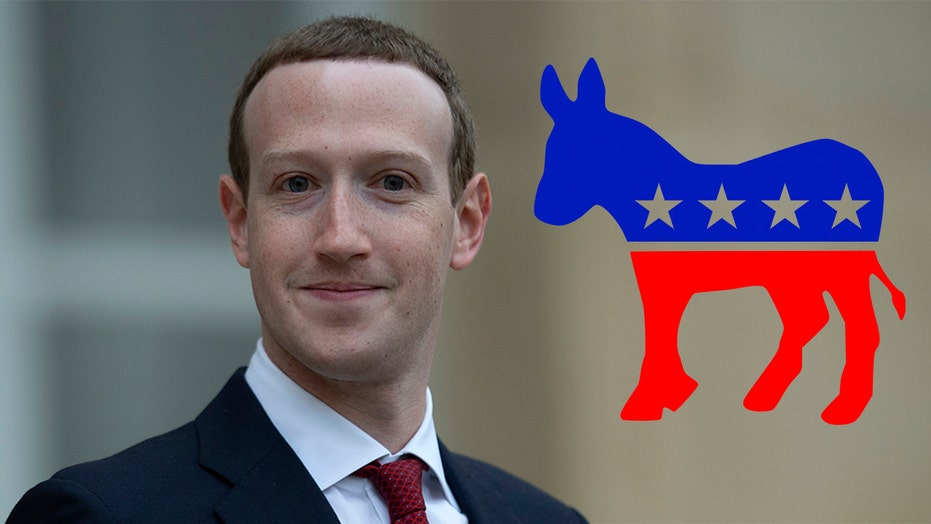 Facebook CEO Mark Zuckerberg has too much power, Democratic presidential candidate Pete Buttigieg said in an interview with The New York Times editorial board.

"No one should have that kind of power," the South Bend, Ind. mayor, said in the interview published Thursday. "Now, part of the problem is that a social network is a natural monopoly, right? So, if we were just talking about the, what you might call the Facebook part of Facebook, the product that people are most familiar with, if you broke that up, you just wind up with two of them and one of them would die and one of them would be the new one."

He continued: "The real problem is how a corporation of that size acquires other competitors and develops certain powers. And then, there’s a problem of their refusal to accept their responsibility for speech that they make money from. So, if a cable company, or a newspaper, if somebody can show that an ad that you all were going to run is false, you would pull it, and yet Facebook doesn’t want to hold themselves to that same standard.Mr. Zuckerberg has repeatedly affirmed that Facebook will not check ads from politicians, even if they contain lies, in the interest of free speech."

Zuckerberg has spoken about the issues of power and perception in the past, including in October at Georgetown University.

"I’m committed to the values we’re discussing today, but we won’t always get it right," he said in his speech, announcing that the company established an independent Oversight Board to appeal content decisions. "I understand people are concerned that we have so much control over how they communicate on our services. And I understand people are concerned about bias and making sure their ideas are treated fairly. Frankly, I don’t think we should be making so many important decisions about speech on our own either. We’d benefit from a more democratic process, clearer rules for the internet, and new institutions."

Buttigieg, 37, and Zuckerberg, 35, have a common background, having both went to Harvard University (Zuckerberg famously dropped out) and some mutual friends. Buttigieg, however, attempted to downplay the relationship in the interview.

"So, we were in college at the same time, got a lot of mutual friends, and it doesn’t mean we agree on a lot of things," the presidential candidate said. "So, I’m sure he would vigorously disagree with my assessment of the WhatsApp acquisition, for example."

Last month, The Wall Street Journal reported that federal officials were considering whether or not to seek a preliminary injunction against Facebook over antitrust concerns related to how its family of products interacts. Sources familiar with the matter told The Journal that the potential action would zero in on how the social network integrates its apps or allows them to function with rivals.

Despite the harsh words from Buttigieg, the two have met in recent years.

In 2017, when it was rumored that Zuckerberg was exploring the idea of running for president, he spent one Saturday in May touring South Bend with Buttigieg, who was already mayor. The two posted videos to Facebook Live as they drove around the city, the Indy Star reported.

In October 2019, Bloomberg reported that Zuckerberg had advised Buttigieg's campaign manager, Mike Schmuhl, on some of his hires. A Buttigieg campaign spokesperson confirmed Zuckerberg, as well as his wife, Priscilla Chan, did send the emails. Two of the people that were recommended were ultimately hired, according to the report.

Separately that month, Buttigieg said he believes Facebook’s policy to not filter out phony political ads is “a mistake” and that breaking up big tech companies should be “on the table.”

The social media giant has “a responsibility to pull false advertising and ... to intervene when there is advertising that would contribute to voter suppression,” Buttigieg told reporters at an Oct. 24 economic policy event in New Hampshire.

In recent months, Buttigieg has been actively raising funds in Silicon Valley, including from some of the tech sector's elite.

Earlier this month, Fox News reported that Buttigieg’s presidential campaign had raised more than $24.7 million in campaign cash during the October-December quarter of fundraising in 2019.