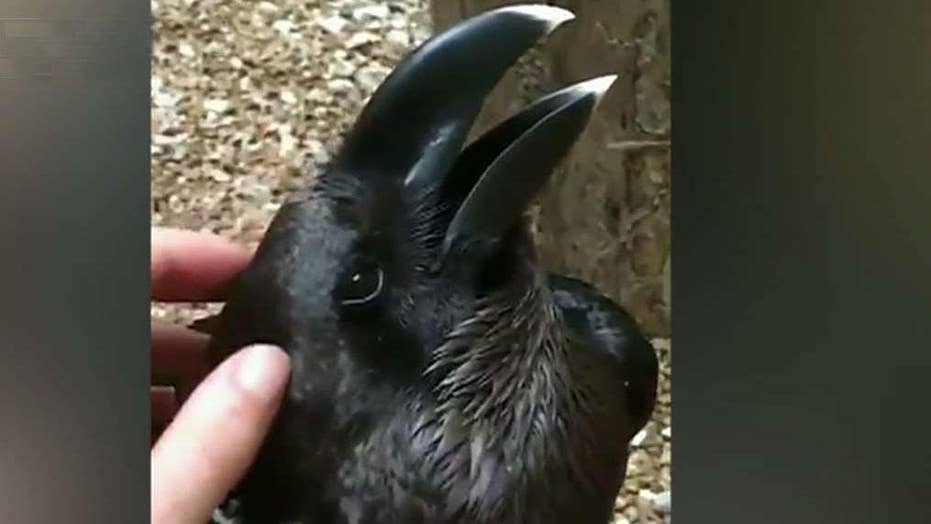 A video of an animal being pet is the latest optical illusion dividing the Internet.

That's the question sparked by a video that's gone viral. The clip shows a bird, with its beak in the air, and a human stroking its head. But looked at from a different angle, the beak appears similar to bunny ears.

Dan Quintana, a senior researcher in biological psychiatry at the University of Oslo in Norway, posted the video to Twitter Sunday, alongside the caption: "Rabbits love getting stroked on their nose."

He told CNET he "thought it was fairly clear that the video was of a bird... as you can see the translucent nictitating membrane sweep across the eye horizontally (rabbits don't have membranes like this) and the positioning of the 'ears' are a little strange."

"I made the rabbit comment to prime readers into thinking it was actually a rabbit, to give it a fighting chance at least," Quintana said. "When you only see the beak in your peripheral vision, it really seems like they're ears. Without this misleading cue, I thought most people would have seen a bird."

"Here's my rabbit," one Twitter user joked, posting a video of a large snail, while another user said the video showed "Clearly a bird. The 'ears' are hard and unmoving. Also in the wrong place."

"Seriously what am I looking at? I can't handle this kind of mental pressure right now," someone tweeted.