Microsoft co-founder Bill Gates, who has a net worth approaching $100 billion, has slammed tax policies like the one put forth by Alexandria Ocasio-Cortez, saying they miss the larger picture and could create tax dodging.

Speaking on a podcast at tech website The Verge, Gates noted that while tax rates can be "more progressive," going to extremes such as the one put forth by Ocasio-Cortez, which would tax income above $10 million at a 70 percent rate, misses the broader scope.

"Certainly, the idea of government being more effective in terms of how it runs education or social programs, there’s a lot of opportunity for improvement there," Gates said in the podcast. "In terms of revenue collection, you wouldn’t want to just focus on the ordinary income rate, because people who are wealthy have a rounding error of ordinary income."

He continued: "They have income that just is the value of their stock, which if they don’t sell it, it doesn’t show up as income at all, or if it shows up, it shows over in the capital gains side. So the ability of hedge fund people, various people — they aren’t paying that ordinary income rate." 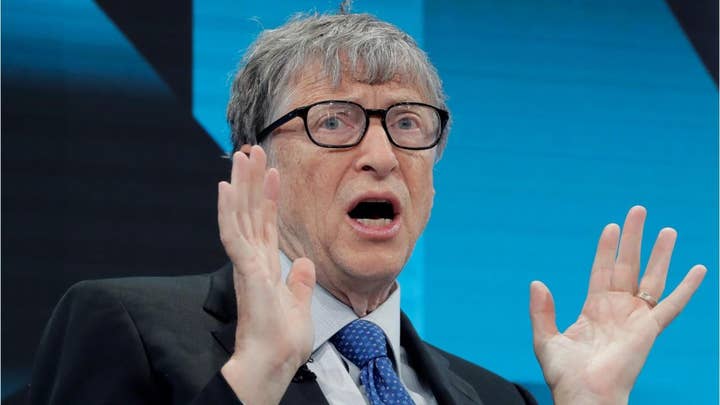 "The one thing that never gets much press — the IRS shows the statistics for the top 400 people of the highest income and the rate they pay," Gates went on to say. "Anyway, you should look at that. It’s about a 20 percent rate, so it has nothing to do with the 39.6 marginal ordinary income rate. So it’s a misfocus. If you focus on that, you’re missing the picture."

Gates, who stepped down from leading the software giant in 2006 to focus on the Bill & Melinda Gates Foundation, added that there are politicians who are so extreme with their policy proposals, that they would start to create tax dodging and certain disincentives, while causing "income to show up in other countries and things."

The tech titan did concede that taxes "can be more progressive," including issues such as the estate tax and the tax on capital, the way the FICA and Social Security operate. "We can be more progressive without really threatening income generation — what you have left to decide how to spread around," Gates said.

During the podcast, Gates also weighed in on a number of ideas that Ocasio-Cortez and more progressive lawmakers, including Sen. Bernie Sanders (I-VT) have championed, including “modern monetary theory,” saying it is "some crazy talk,” adding “It will come back and bite you.”

As described by the American Monetary Institute (AMI), a non-profit charity funded to describe monetary reforms for the average citizen, MMT "shows a lack of respect for empirical facts" and "stretches and twists the meaning of words beyond normal usage."

Ocasio-Cortez did not immediately return a request for comment from Fox News.

Earlier this year, Ocasio-Cortez, who became the youngest woman ever elected to Congress, said in an interview on "60 Minutes" that her Green New Deal could be paid for in part by slapping a tax as high as 70 percent on top earners.

“But once you get to the tippie tops, on your ten millionth, sometimes you see tax rates as high as 60 percent or 70 percent," Ocasio-Cortez said. "That doesn’t mean all $10 million are taxed at an extremely high rate. But it means that as you climb up this ladder, you should be contributing more.”