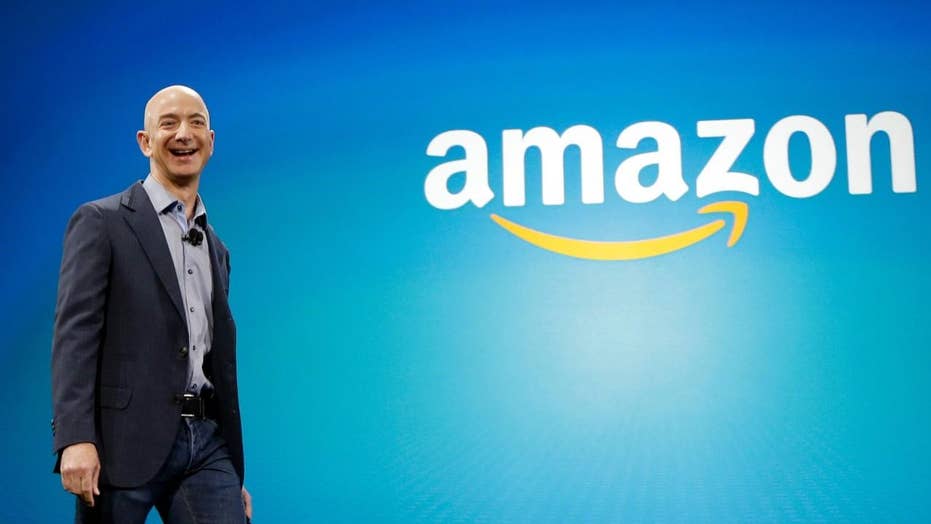 Amazon is reconsidering its New York Headquarters after fierce political opposition, according to a report.

Amazon is reconsidering opening part of its second headquarters in New York after fierce opposition from lawmakers, according to a new report. Congresswoman Alexandria Ocasio-Cortez seemed elated by the news story.

The Washington Post, which is also owned by Amazon founder and CEO Jeff Bezos, reported the Seattle-based tech giant is reconsidering the plan and has not leased or purchased any office space for the project. The report cited two people familiar with the company's thinking.

“The question is whether it’s worth it if the politicians in New York don’t want the project, especially with how people in Virginia and Nashville have been so welcoming,” one person familiar with the company’s plans told the Post.

OCASIO-CORTEZ SLAMS AMAZON FOR 'BIAS' IN ITS FACIAL DETECTION TECHNOLOGY

Ocasio-Cortez, who has been extraordinarily negative towards Amazon, which has promised 25,000 jobs and over $27.5 billion in tax revenue in 25 years, tweeted that "everyday people" can "effectively organize against creeping overreach of one of the world’s biggest corporations."

Speaking on condition of anonymity because they were not at liberty to discuss the plans publicly, the people said Amazon executives have had discussions inside the company to reassess the situation in New York and explore other locales.

The Post added that no specific plans to abandon New York have been made and it's possible Amazon could use them as a threat to pressure New York lawmakers. According to a December Quinnipiac University poll, 57 percent of New York City residents support Amazon’s arrival in the region, compared to just 26 percent who oppose the deal, Fox Business reported.

Amazon has not yet returned a request for comment from Fox News, but it did tell TechCrunch it is "focused on engaging with our new neighbors – small business owners, educators, and community leaders."

"Whether it’s building a pipeline of local jobs through workforce training or funding computer science classes for thousands of New York City students, we are working hard to demonstrate what kind of neighbor we will be,” Amazon added in the statement

Late last year, newly elected Congresswoman Alexandria Ocasio-Cortez railed against the company for getting tax breaks at a time when she bemoaned of crumbling infrastructure.

As part of the deal, Amazon would stand to receive "performance-based direct incentives of $1.525 billion" for creating the 25,000 jobs in Long Island City. Of this $1.525 billion, up to $1.2 billion could come from a refundable tax credit through New York State’s Excelsior Program and a $325 million cash grant from the Empire State Development fund. The company also said that it will "separately apply for as-of-right incentives including New York City’s Industrial & Commercial Abatement Program (ICAP) and New York City’s Relocation and Employment Assistance Program (REAP)."

Last month, New York City Council Speaker Corey Johnson said no one should assume it's a "done deal." "I don't think anyone should assume that this is a fait accompli, and that this is a done deal," Johnson told Business Insider. "This is the beginning of a process where the public and the City Council and other elected officials are going to continue to seek answers and understand whether or not this is a good deal for New York City, or if we got played."

Amazon has taken heat from a range of public officials, including the aforementioned Ocasio-Cortez, as well as state Sen. Michael Gianaris and New York City Councilman Jimmy Van Bramer.

A half dozen more hearings are scheduled for January through March in advance of a vote by the New York State Public Authorities Control Board, which according to state law has final say over the "approval of the financing and construction of any project proposed by state public benefit corporations."

Amazon said it would bring 25,000 full-time high-paying jobs, approximately $2.5 billion in Amazon investment and eventually 8 million square feet of office space to Long Island City as part of its investment announced in November. The Seattle-based company also said that it expects to generate "incremental tax revenue of more than $10 billion over the next 20 years as a result of Amazon’s investment and job creation."

The Post noted that Amazon's plan to put part of its second headquarters in Virginia, where it will receive up to $750 million in state subsidies, is not being reconsidered.

This story has been updated with Amazon's statement.