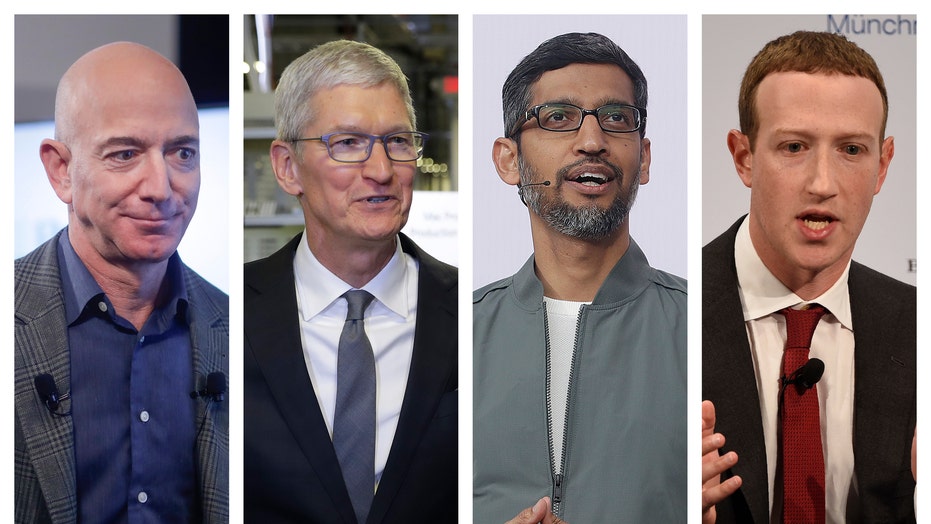 Google, Amazon, Apple to tesify before Congress on antitrust law

The CEOs are testifying as the House panel caps its yearlong investigation of market dominance in the industry.

None of the four CEOs will be physically present on Capitol Hill — all will be testifying via video link. For Bezos, this will be his first time testifying before Congress.

In his testimony, Bezos will describe how he founded Amazon 26 years ago “with the long-term mission of making it Earth’s most customer-centric company,” according to a witness statement posted to the House Judiciary Antitrust subcommittee's website.

“It’s not a coincidence that Amazon was born in this country,” Bezos will say, according to his prepared statement. “More than any other place on Earth, new companies can start, grow, and thrive here in the U.S. Our country embraces resourcefulness and self-reliance, and it embraces builders who start from scratch.”

Meanwhile, Facebook’s Zuckerberg will describe how the social network is part of an industry that has changed the world. “We face intense competition globally and we only succeed when we build things people find valuable,” he will say, according to a witness statement posted to the subcommittee's website. “I’m proud that we stand for American values like giving every person a voice and expanding access to opportunity.”

Big Tech has been under intense scrutiny in recent years amid concerns about privacy, alleged political bias and if they're violating antitrust laws.

House Judiciary Subcommittee Chairman Rep. David Cicilline, D-R.I., has called the four companies monopolies. In 2019, he called on the FTC to investigate Facebook. “Given all that we’ve learned recently about Facebook’s predatory behavior, it’s clear that serious enforcement is long overdue,” he said in a statement.

Cicilline, however, believes that breaking the Big Tech companies up should be a last resort, according to the Associated Press.

Critics of Big Tech are keen to see lawmakers clamp down on the tech titans. “There’s nothing about the fact that the internet is a relatively new technology that should mystify lawmakers -- the tools that these companies are using to assert and protect their dominance have been in monopolists’ playbooks for generations. Bringing these companies to heel is a simple matter of will and demands action by the only force that’s more powerful than they are — the government, acting on behalf of the public,” said David Segal, co-chair of activist group Freedom From Facebook & Google, in a statement emailed to Fox News. “We hope that tomorrow’s hearing will be an important step forward in that process."

Facebook and Google are "two of the world's most dangerous monopolies," according to the Freedom from Facebook and Google website. "We can break their power and put rules in place so these corporations serve us, rather than the other way around," it says.

Most Americans believe social media companies have too much power and influence in politics, according to a recent survey by the Pew Research Center.

According to the research, which was conducted between June 16 and June 22, 72 percent of U.S. adults surveyed said social media firms wield too much power and influence. “Majorities of both Republicans and Democrats believe social media companies wield too much power, but Republicans are particularly likely to express this view,” explained the Pew Research Center in a statement.