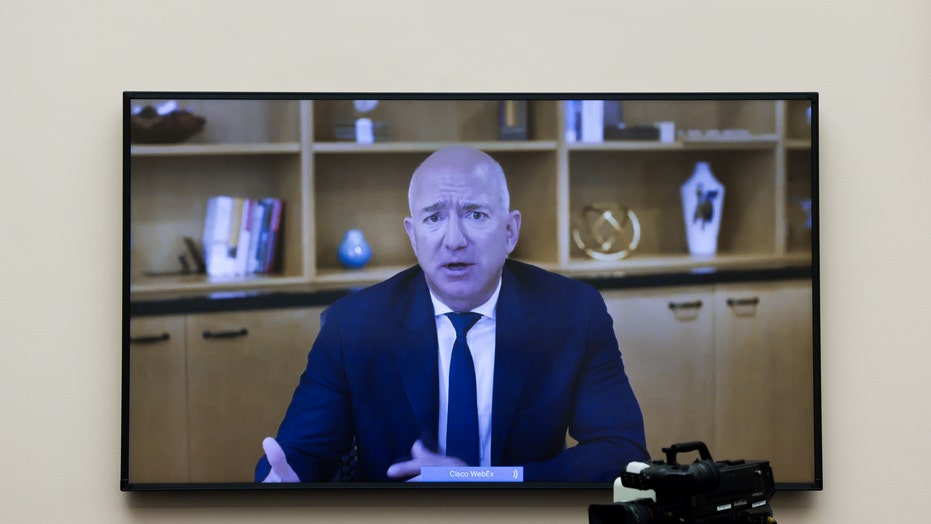 Responding to questions from Rep. Henry Johnson, a Georgia Democrat, Bezos said it is “an incredibly important issue,” and that “counterfeits are a scourge.”

Bezos went on to say that it “does not help us earn trust with customers” and is “bad for honest third-party sellers,” referring to independent sellers, where counterfeiting is the most rampant.

The CEO went on to say that Amazon has a team of more than 1,000 people who fight counterfeiting and that the company has invested hundreds of millions of dollars into systems to combat the problem.

“We have something called Project Zero, which helps brands serialize individual products, which really helps with counterfeiting,” Bezos said.

But Johnson challenged Amazon on not taking responsibility for third-party counterfeits.

“Why isn’t Amazon responsible for keeping all of its counterfeit products off of its platform?” Johnson asked.

“We certainly work to do so,” Bezos responded.

Johnson wasn’t satisfied with that answer and brought up examples of counterfeiting that were hurting honest third-party resellers. Johnson claimed that Amazon uses “knockoffs as leverage to pressure sellers to do what Amazon wants.”

Bezos said that is “unacceptable” and “if those are the facts,” then Amazon would look into it. He added that Amazon has a counterfeit crime unit that prosecutes counterfeiters.

“I would encourage this body to pass stricter penalties for counterfeiters and to increase law enforcement resources to go after counterfeiters,” Bezos said.

Counterfeiting on Amazon garnered attention early this year when there was a plague of coronavirus “cures” on the site. Amazon said at that time that it barred the sale of over 1 million products that falsely claimed to cure or provide protection against the novel coronavirus.

The company addressed some of these issues in a blog post last year.

“We invest significant resources to protect our customers and have built robust programs designed to ensure products offered for sale in our store are safe and compliant. We want customers to shop with confidence and if ever a customer has a concern, they can contact our customer service team, and we will investigate,” the company said.