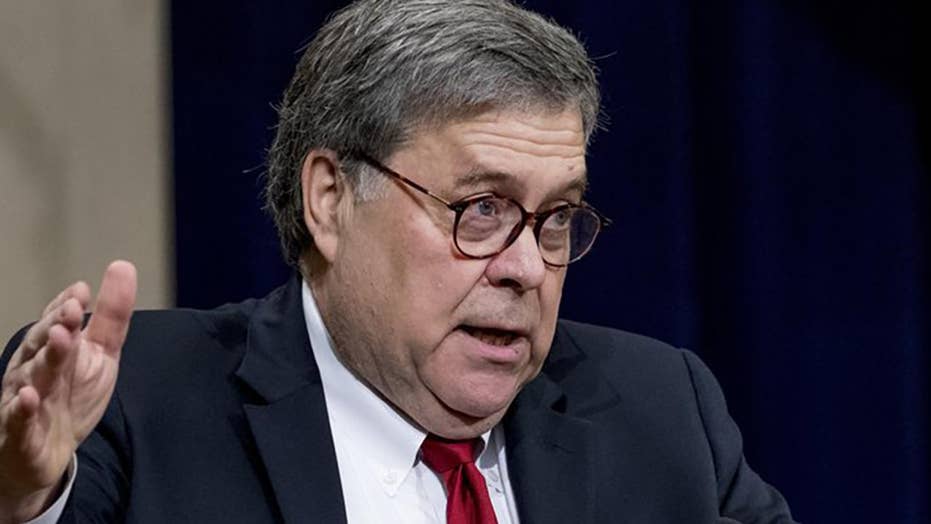 Attorney General William Barr believes that law enforcement agencies should have access to encrypted messaging apps for the sake of public safety.

Because "the bulk of evidence is becoming digital," the inability for investigators to access certain technologies "poses a grave threat to public safety," Barr said at a cybersecurity conference at Fordham University in New York City on Tuesday.

HANY FARID: FACEBOOK'S PLAN FOR END-TO-END ENCRYPTION SACRIFICES A LOT OF SECURITY FOR JUST A LITTLE BIT OF PRIVACY

“Converting the internet and communications platforms into a law-free zone, and thus giving criminals the means to operate free of lawful scrutiny will inevitably propel an expansion of criminal activity,” he said. "If you remove any possibility that the cops are going to be watching a neighborhood, the criminals already in the neighborhood will commit a lot more crimes."

Barr's comments come as part of an ongoing effort from the Justice Department to push technology companies to allow law enforcement access to encrypted devices and applications during investigations.

He added law enforcement is increasingly unable to access information on devices, and between devices, even with a warrant supporting probable cause of criminal activity

Drug cartels and terrorists often move their conversations to encrypted applications, such as WhatsApp, which is owned by Facebook, to plan deadly operations, according to Barr.

The attorney general said a Mexican cartel that recently started trafficking fentanyl into the U.S. has been using the app "as their primary communication method, preventing U.S. law enforcement from conducting wiretaps that would enable us to locate fentanyl shipments and seize them at the border.

Encrypted communications are ones that are only available to users on either end of the communications. The increasing use of such technology has long been coined by the DOJ as the “going dark” problem.

Barr said that to date, law enforcement in Garland, Texas, have been unable to access 100 instant messages sent between terrorists who carried out an attack there in May 2015.

“The status quo is exceptionally dangerous, it is unacceptable and only getting worse,” the attorney general said. “It’s time for the United States to stop debating whether to address it and start talking about how to address it.”