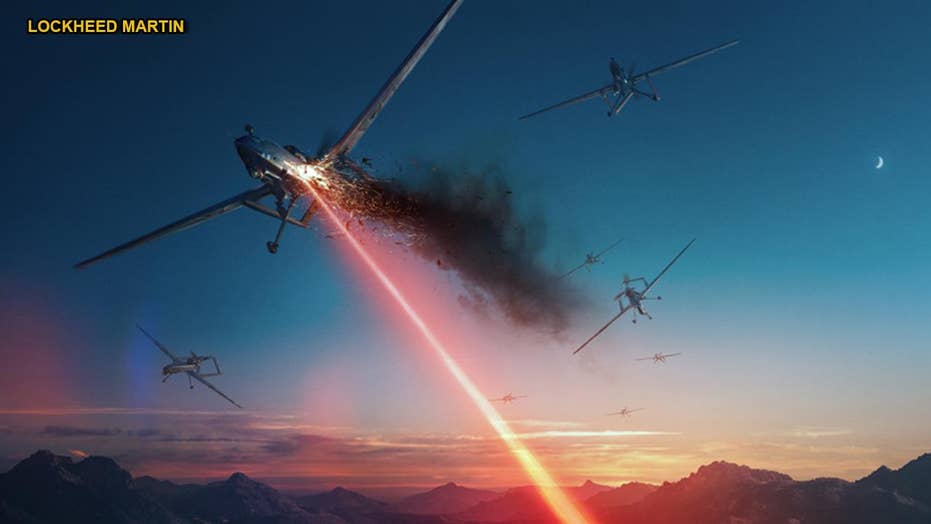 For the United States, thanks to pioneering efforts of American companies like Lockheed Martin and the military, laser weapons are no longer the stuff of Star Wars and Star Trek.

In near-term future battles, the U.S. military can choose to bring laser weapons mounted on vehicles, vessels, and more, to war. By comparison, the weapons of any enemy will look like bows and arrows.

ATHENA, (Advanced Test High Energy Asset), is one of the most exciting of these new American laser weapons.  During recent testing with the U.S. Army's Space and Missile Defense Command at the Army's White Sands Missile Range in New Mexico, the 30-kilowatt weapon slayed five Outlaw drones. Not toy hobby sized drones, but drones with nearly 11 foot wingspans.

And just two years ago, Lockheed Martin proved that ATHENA could also take down a truck by burning through its hood and engine – and from a mile away.

What are the advantages?

There are many advantages to bringing laser weapons to war. One key advantage is unlimited bullets. As long as there is power, ATHENA would have an unlimited magazine.

Another major advantage is speed. Laser weapons like ATHENA are lethal at the speed of light.

They are also silent, invisible and deadly – three characteristics very handy for stealth and surprise in the battlespace.

Threats can come from any direction. ATHENA’s beam director and turret are designed to match this so the weapons can fire 360 degrees.

How would it be used in the battlespace?

One of the big challenges with lasers is how to make them truly practical. To be practical, they need to be compact, lightweight, powerful and transportable.

They also need to be both precise and flexible to defeat rapidly moving aircraft, vehicles, boats and weapons.

And for laser weapons to make their debut in the battlespace – they have to be proven to be reliable. With a 100 percent success rate against the drones, things look very promising for ATHENA to dominate.

SEALS, TUCANO PLANES AND MORE THAN 3,300 POUNDS OF WEAPONS

ATHENA could be used to protect a base against rockets and mortars, for example, or defend a field hospital from swarm of drones. A special operations team could use ATHENA to burn through a terrorist vehicle’s engine carrying explosives before it reaches a town center – and they could stop that vehicle from more than a mile away.

On the most basic level, ATHENA destroys threats with heat. It is similar to when folks use a magnifying glass to start a fire while camping – but on an incredibly powerful level.

ATHENA is what is called a fiber laser. Fiber lasers combine individual lasers to generate a single, intense laser beam. Each laser is generated by the weapon’s fiber optics. This approach means that the power can be easily adjusted by adding more individual lasers to the combined beam or reducing the number.

Lockheed Martin’s beam control tech uses lenses, mirrors, windows and software algorithms to shape the energy into a focused beam. As the light travels through the mirrors, lenses and windows, the ATHENA system concentrates and modifies the laser’s energy.

Between the device and the target, the laser will pass through atmosphere distortions on the way so ATHENA adapts the beam in advance to compensate for the distortions.

Battles will never be the same

Lockheed Martin has been pioneering in laser weapon systems for more than four decades. ATHENA’s upgrades and remarkable recent performance of defeating 100 percent of the drones is the latest exciting news in their laser family.

ATHENA’s sibling, ADAM, is another laser. During testing a few years ago, ADAM proved it could destroy fast attack military grade boats by burning through their hulls in less than 30 seconds – again from about a mile away.

In near term battles, the US military will have the option to unleash laser weapons on vehicles, vessels and possibly even aircraft. The precision of lasers like ATHENA is already remarkable.

As the technology continues to advance at a rapid pace in the U.S., lasers like ATHENA will be able to strike farther and farther away. And destroy bigger and bigger targets.