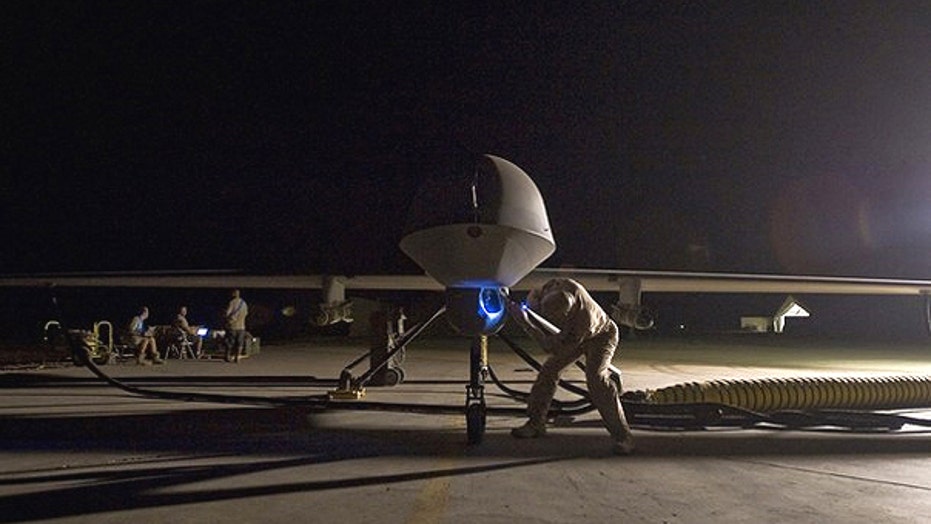 Warrior Maven: How are the drones and unmanned systems being networked in terms of a new concept for Combined Arms?

Gen. John Murray: Up at CMU [Carnegie Mellon University] they are working on algorithms to link ground and air vehicles -- and it becomes not manned-unmanned teaming but unmanned-unmanned teaming. Go out in this grid square and go identify this threat, so from a ground and air perspective, those vehicles talk to each other. We are collecting training data to train our algorithms.

Warrior: Where do things stand with the Army’s Future Vertical Lift program?

Warrior: Will the new attack/scout helicopter replace or fly alongside the Apache?

Murray: The other is Future Attack Reconnaissance Aircraft. The best way to put it is it is going to replace the Kiowa Warrior -- which we retired a few years ago.  We took Apaches and put them into the scout role, but Apaches were never designed to be a scout aircraft. This won't replace the Apaches that are in the fleet, but it will replace the Apaches that are in the scout role. We are also looking at a Future Unmanned Aerial System. Some of these are vertical take-off and some are quadcopters. We have fielded two brigades and we have two more this summer. We will have 5 different vendors and 5 different designs in the field before we ever write the requirements document. They are flying at Fort Riley, Kansas, as we speak. The fire dept was using our UAS to pinpoint fire locations and direct firefighters around.

Warrior: I understand there are some large steps forward in terms of helicopters controlling drones from the air?

Murray: With manned-unmanned teaming, we can launch a drone from a helicopter today and get pretty good range out of the UAS, which is communicating back to the aircraft itself, and a ground station. We have demonstrated some swarming technologies where you can launch multiple UAS which are talking to each other to execute different parts of the mission... and use different payload capabilities.

Warrior: Where does the Army stand on laser weapons development? Is the service interested in rail guns?

Murray: The Army looked at rail guns at UT [University of Texas] back in the mid-90s and the problem with rail guns is not necessarily the weight and size of the rail gun itself; it is the power requirements. If you are on a ship, generating the power you need is a little easier than generating the power you need out in the middle of the desert someplace ... so there are still some technology challenges to rail guns and they mostly center around power generation.

You could say the same thing for lasers, as power is becoming better as the scaling of this technology progresses. Now we are on track to get a medium-class laser on a Stryker in an air defense role and field it 2024 or 2025 as a prototype.