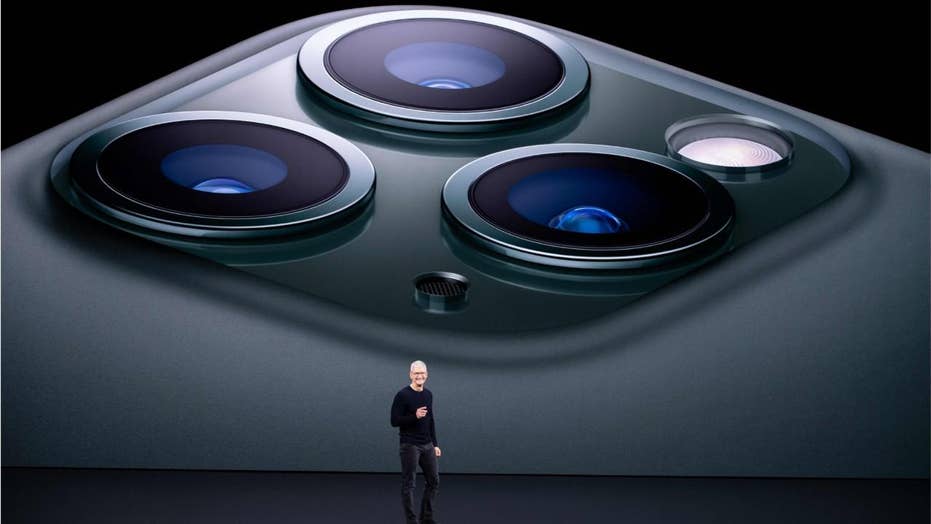 Apple iPhone 11 review roundup: Should you buy one?

Apple iPhone 11 reviews are positive but does that mean you should buy one?

Apple iPhone 11 reviews hit the web early Tuesday morning, with most of the reviews focused on the upgrades to the iPhone's internals, including its much-discussed camera system.

By and large, the reviews were extraordinarily positive on Apple's latest iPhone, praising the starting price on the iPhone 11, as well as the ultra-wide lens on both the iPhone 11 and more expensive iPhone 11 Pro.

Earlier this month, Apple unveiled the new devices, along with new details surrounding its Apple Arcade and Apple TV+ subscriptions. Priced at $699, the iPhone 11 offers an additional hour of battery life compared to Apple's iPhone XR.

The Pro devices, which are stainless steel, come with 5.8-inch and 6.5-inch Super Retina XDR displays. Both the Pro and Pro Max come with new triple cameras featuring telephoto, wide and ultrawide lenses. Like the iPhone 11, the Pro and Pro Max, the devices also come with Night Mode, a feature for taking photos in reduced light conditions.

Here are several of the top reviews on Apple's iPhone 11.

The Verge reviewer Nilay Patel said that the iPhone 11 is the phone "most people who are upgrading to a new iPhone this year should get," adding that the price cut from last year's model, the camera system and the battery life are what will likely help sell the new model.

"If you’ve got an iPhone older than the XR and you’re looking to upgrade, I think the answer is yes," Patel wrote in response to a self-imposed question whether it was worth it to upgrade to the new model. "The camera is substantially improved, and you will get vastly better battery life than anything aside from a XR. That’s what most people care about, and Apple has really delivered here."

USA Today's reviewer Ed Baig said the new iPhones are the best ones Apple has ever made, but upgrading depends on when you last bought an iPhone.

"I’ve had a week testing the new iPhones to come to a conclusion, and while not all the answers are clear cut, these are the best iPhones Apple has engineered," Baig wrote. "But whether you should rush out to buy one still mostly depends – on your budget and how long it’s been since you last upgraded your phone."

Like Patel, Baig also praised the camera system on the iPhone 11. "The iPhone 11, which is the smartest way to go for many mainstream iPhone buyers, has two rear cameras, dual wide and ultra-wide, the latter letting you capture that much more of a stunning landscape," he added.

The Wall Street Journal reviewer Joanna Stern wrote two reviews, the first aimed at iPhone users who have older iPhones and the second for iPhone users who are more concerned about the camera system in the new iPhone 11 and iPhone 11 Pro.

In the first review, Stern wrote that for people who've held onto an iPhone for a long time, the iPhone 11 is worth the purchase. "Since you’re someone who holds on to a phone for so long, you should start with the newest models. For most, I recommend the $699 iPhone 11. It has great battery life and all the new camera tricks (minus the telephoto lens of the Pro models). I decided to shoot a bunch of photos with the iPhone 6 vs. the iPhone 11 over the past week and the low-light shots, especially, show us how far the technology has come."

The second review focused heavily on the extra battery life and upgraded camera system, both of which Stern praised significantly.

Engadget reviewer Chris Velazco said that even though the iPhone XS and XS Max were "gorgeous devices," the new iPhone 11 was a great phone, especially when taking into account the $50 drop from last year's iPhone XR.

"The iPhone 11 takes almost everything that makes the iPhone 11 Pro and Pro Max special and squeezes it down into a package that’s $50 less than last year’s cheap model," Velazco wrote. "It’s probably not worth buying if you have an iPhone XR or XS, but for everyone else, it’s the easiest way to get a taste of modern flagship iPhone performance without dropping $1,000."

TechCrunch's Editor-in-Chief Matthew Panzarino reviewed the iPhone 11 and iPhone 11 Pro by taking them to Disneyland, adding that the Night Mode on the phones are "great" and that he expects the iPhone 11 to sell "really well."

"And it should because it’s great," Panzarino wrote. "It has the best new lens, an ultra wide that takes great family photos and landscape shots. It has nearly every software feature of iPhone 11 Pro. But it doesn’t have the best screen and it doesn’t have telephoto. For people that want to address edge cases – the best video and photo options, a better dark mode experience, a brighter screen – the iPhone 11 Pro is there – for everyone else, there’s still fiscal 2020’s best selling iPhone."