Amazon's Alexa devices are recording children without their consent, in violation of laws in at least eight states, according to a lawsuit filed in Seattle.

"This prohibition recognizes the unique privacy interest implicated by the recording of someone's voice. That privacy interest is all the more powerful in light of modem voiceprinting technology and the potentially invasive uses of big data by a company the size of Amazon," the complaint states.

A separate, very similar lawsuit was also filed in federal court in Seattle on behalf of a 10-year-old boy.

According to the California complaint, Alexa can tell whether or not the person speaking is a registered user who agreed to be recorded, and the company could, therefore, confirm that it will make and keep "persistent recordings" and get the user's consent. Amazon could also deactivate Alexa's permanent recording feature for certain users.

Two lawsuits accuse Amazon of illegally listening in on children via its Alexa listening devices.

"But Alexa does not do this," the complaint states. "At no point does Amazon warn unregistered users that it is creating persistent voice recordings of their Alexa interactions, let alone obtain their consent to do so."

The plaintiff, who received the Amazon Echo Dot as a gift late last year, uses it to play music, to tell him jokes and to get assistance with math questions.

The suit is being brought on behalf of "all citizens of the State of California who used a household Amazon Alexa Device while they were minors, but who have not downloaded and installed the Alexa App."

The California suit seeks an injunction requiring the tech giant to obtain consent prior to recording minors' Alexa interactions and to delete those recordings already made and to add functionality that will prevent future unauthorized recordings. It also seeks damages of $5,000 per violation. 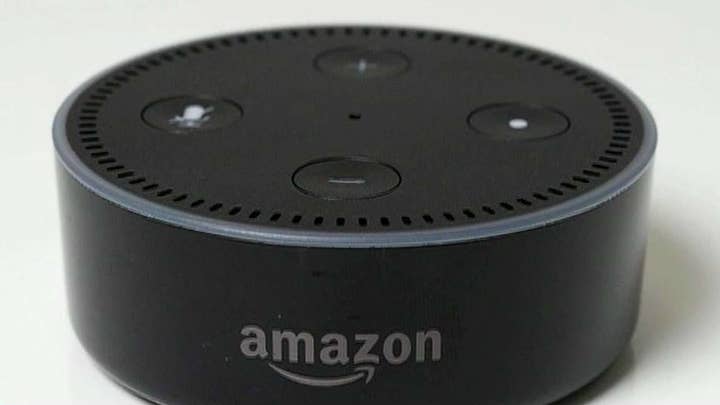 A spokesperson from Amazon provided the following statement to Fox News via email on Friday:

“Amazon has a longstanding commitment to preserving the trust of our customers, and we have strict measures and protocols in place to protect their security and privacy. Customers set up their Echo devices and we give them easy-to-use tools to manage them, including the ability to review and delete the voice recordings associated with their account. We also offer FreeTime on Alexa, a free service that provides parental controls and ways for families to learn and have fun together. Learn more about FreeTime on Alexa here."

Amazon requires "verifiable parental consent" for all customers who want to enable its FreeTime, a service that is meant to help parents manage children's technology usage and provide access to age-appropriate content.

It's not clear that these requirements apply to a child's use of Alexa outside of FreeTime, however.

In a separate children's privacy disclosure, Amazon states that "in some cases, we may know a child is using our services. In these situations, children may share and we may collect personal information that requires verifiable parental consent under the Children's Online Privacy Protection Act." That collected information could include name, birthdate, contact information, photos, videos and more, according to Amazon.

The suit in Seattle asks a judge to certify it as a class action and rule that Amazon violated laws governing recordings in at least eight states.