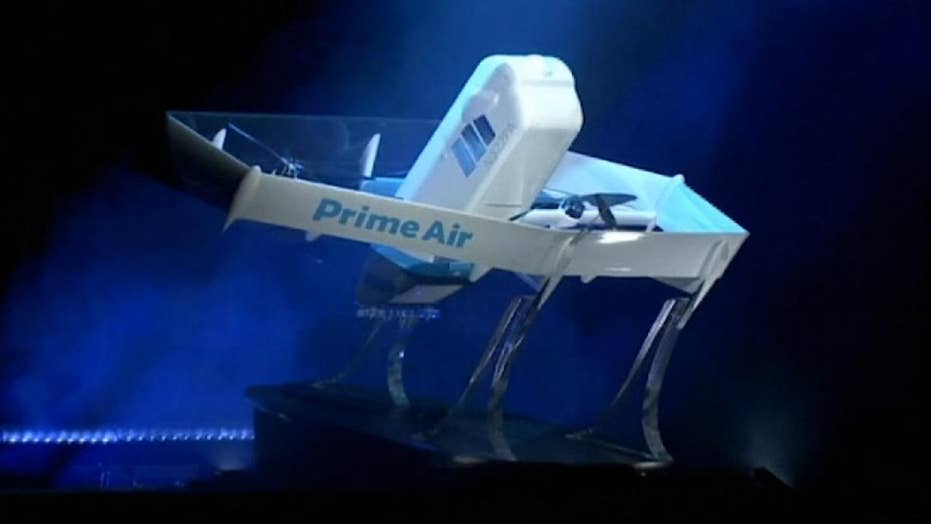 Retail giant Amazon says the new drones, which take off and land vertically, use computer vision and machine learning to navigate the drop-off.

Amazon has filed a patent that proposes, in part, to use a drone to keep tabs on your home.

“The delivery of a package using an unmanned aerial vehicle (UAV) may include performing a surveillance action at a property of an authorized party,” according to the Amazon patent filing, which was filed in June of 2015 and finally granted earlier this month.

It contains other sections that suggest using a drone for property surveillance. "Some…examples of a surveillance event include…a property breech, an open door or garage door, a fire.”

Other sections are even more specific. “In another example, if a window on a property is broken, and an unknown vehicle is observed outside a house, the probability of an intruder in the house may be high," the patent states.

Another section describes tiers of low, medium, and high surveillance with monitoring via video and the sending of text alerts. There is also a section that outlines the capability for alerting authorities "such a police or fire department."

"We take customer privacy very seriously. Some reports have suggested that this technology would spy or gather data on homes without authorization – to be clear, that’s not what the patent says," he added. "The patent clearly states that it would be an opt-in service available to customers who authorize monitoring of their home."

But the primary purpose of the patent is aimed at enabling its drone delivery service, according to William Stofega, a drone analyst at market researcher IDC.

“Although I think that this patent could potentially transition to become a surveillance service this is more about enabling its drone delivery service,” Stofega told Fox News in an email.

Indeed, the patent states that a UAV “may deliver a package as a primary task and provide surveillance as a service as a secondary task.”

Stofega said that at a recent Amazon conference, CEO of Consumer Worldwide Jeff Wilke introduced a new version of its delivery drone, the MK 27. That drone would be able to travel 15 miles and carry packages weighing 5 pounds or less.

“One of the most vexing problems for a self-guided drone is to avoid obstacles such as wires, clotheslines and pets during the landing process,” Stofega said, adding that future Amazon drones will use stereo vision along with AI algorithms to detect people and animals from above.

According to the New York Post, Ring is partnering with police departments so they can obtain footage.

This story has been updated to include Amazon's response.