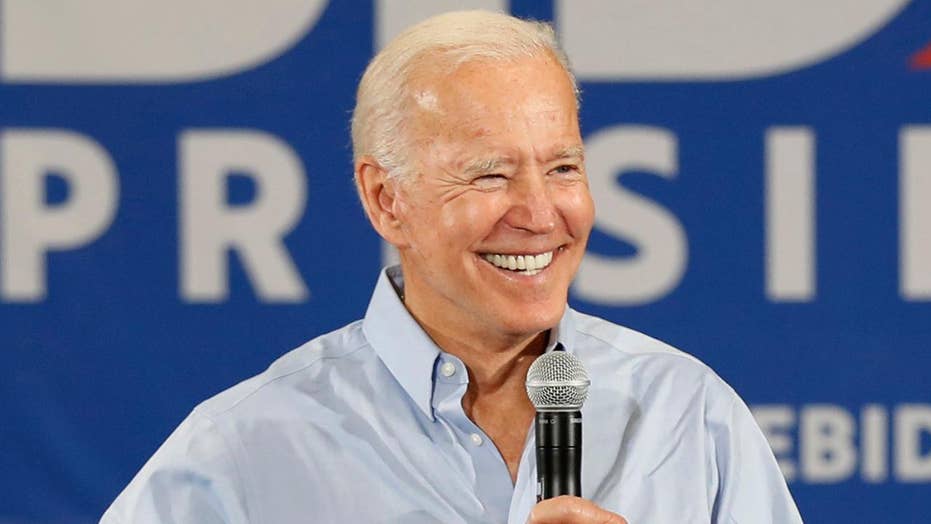 The 2020 Democrat frontrunner is taking heat for his campaign slogan. Comedian Michael Loftus gives his take.

Amazon publicly rebuked Joe Biden in a fiery Twitter post on Thursday after the former vice president argued that the company should pay more in taxes because it was "pulling in billions of dollars in profits."

"I have nothing against Amazon, but no company pulling in billions of dollars of profits should pay a lower tax rate than firefighters and teachers," Biden wrote on Twitter, linking to a New York Times article on the topic. "We need to reward work, not just wealth."

The Times article focused on the GOP-led tax bill, which lowered the corporate tax rate to 21 percent, as well as the ability of dozens of highly profitable companies like Amazon to avoid paying any federal income tax. These companies pay no federal income tax in part because they can write off certain expenditures, including capital investments.

Tax breaks for research and development are particularly high at Amazon. The company has said it also benefits by paying employees with stocks and by utilizing so-called "tax loss carryforwards," which means that years of low profitability can later be used to offset taxes in periods of high profitability.

Amazon, responding to Biden, pointed out that federal income taxes don't tell the full story -- and offered Biden something of a lesson on how tax laws ended up the way they are.

"We’ve paid $2.6B in corporate taxes since 2016," the Amazon Twitter account responded. "We pay every penny we owe. Congress designed tax laws to encourage companies to reinvest in the American economy. We have. $200B in investments since 2011 & 300K US jobs. Assume VP Biden’s complaint is w/ the tax code, not Amazon."

In a separate statement provided to The Hill, an Amazon spokesperson elaborated: "Amazon pays all the taxes we are required to pay in the U.S. and every country where we operate, including paying $2.6 billion in corporate tax and reporting $3.4 billion in tax expense over the last three years. The government has designed corporate tax law to encourage businesses of all sizes to invest in the U.S. economy to drive growth and create jobs."

Before taxes, Amazon made approximately $11 billion in profits in 2018 and received a tax rebate of nearly $130 million from the federal government.

Some prominent Democrats, including Warren, have called for breaking up Amazon and other tech giants, in part because their immense capital allows them to endure long periods of low profitability to force out competitors.

In April, Warren openly sparred with Amazon in a series of pointed tweets, just hours after she admitted during a nationally televised town hall that she still shops at the e-commerce giant.

Warren kicked off the spat by reiterating her argument that Amazon abuses its control over the Amazon Marketplace, which hosts third-party sellers, to improve its own retail operations and unfairly disadvantage the third-party sellers.

"Giant tech companies have too much power," Warren wrote, embedding a clip of her remarks at the town hall. "My plan to #BreakUpBigTech prevents corporations like Amazon from knocking out the rest of the competition. You can be an umpire, or you can be a player -- but you can't be both."

In response, the official Amazon News Twitter account wrote that third-party sellers have been doing better than ever.

"[S]ellers aren't being 'knocked out' -- they're seeing record sales every year," Amazon wrote, after denying that it uses third-party sellers' data to boost its own products. "Also, Walmart is much larger; Amazon is less than 4% of U.S. retail."

In addition to Amazon, Warren previously said she wanted to break up Google, Facebook, and Apple.