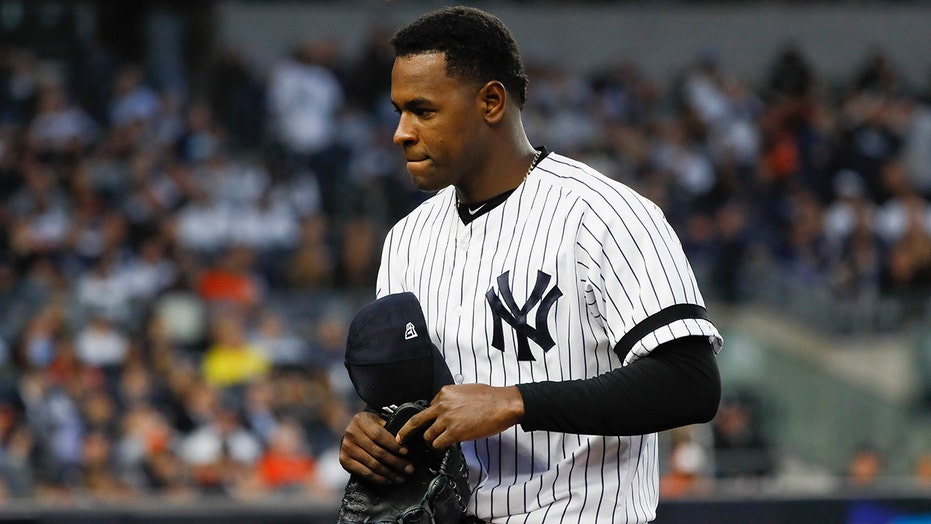 New York Yankees star Luis Severino and his wife Rosmaly took part in an interesting maternity photoshoot over the weekend with a New York City-based photographer.

Severino and Rosmaly were photographed underwater to celebrate the upcoming birth of their child. The pitcher was dressed in a white-collared shirt and black pants while Rosmaly was wearing a red dress in one of the photos and a green dress in the other.

Jose Guerra was the photographer behind the pictures. He called the series “Life Underwater.”

“Finally had the opportunity to do an underwater shoot. I’ve been wanting to try this for so long. Thank you so much @severino40 , @rosmaly_frechel for trusting me with this experience,” Guerra wrote in the caption of one of the photos.

PIRATES' ARCHER OUT FOR THE SEASON FOLLOWING SURGERY

Guerra has taken photographs of celebrities before. His portfolio features hip-hop couples Offset and Cardi Bi, Fabolous and Emily B, and Safaree and Erica Mena.

Severino is recovering from Tommy John surgery. He told the New York Post last month he’s been working out at the Yankees’ spring training facility.