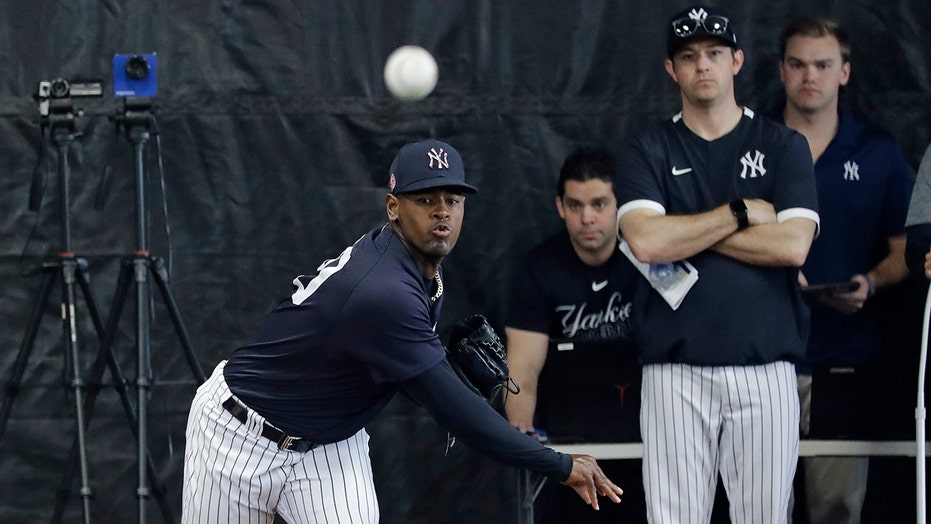 New York Yankees right-hander Luis Severino has been shut down from throwing for the second consecutive spring training, this time because of right forearm soreness.

Severino, who turned 26 on Thursday, was sidelined until the final weeks of the regular season last year.

Yankees manager Aaron Boone said Severino has been feeling on and off discomfort since October.

"That's certainly concerning," Boone said. "We'll just have to continue see how this declares itself."

Severino also has a loose body in his right elbow that the manager said has not been an issue.

New York already expects to be without left-hander James Paxton for the first two months of the season following back surgery on Feb. 5.

Severino is to be examined Friday by team physician Dr. Christopher Ahmad. General manager Brian Cashman was not sure Severino would be available for the March 26 opener at Baltimore.

"We haven't determined what we're dealing with yet," Cashman said. “All tests have been negative so far. No new tests are scheduled; it doesn't mean that tests won't be happening in the future but the first step in this process, from Dr. Ahmad's recommendation, was get him on a new anti-inflammatory, let's see how he feels in the coming days before putting through a whole new testing battery.”

Boone said the soreness first was felt in the days after Severino's Game 3 start against Houston in the AL Championship Series on Oct. 15.

After Severino was examined, Boone said Severino would have pitched Game 7 — the Astros won the series in six games.

Severino had an MRI in New York in early December and was cleared to start his throwing program. He experienced discomfort while throwing his changeup on flat ground during January in the Dominican Republic. Severino returned to New York, and another MRI and CT scan were negative.

Severino had been throwing bullpen sessions during spring training without using a changeup. He resumed throwing his changeup on flat ground in recent days and felt discomfort while sitting at home Wednesday night.

"Hopefully try and get our arms around what is exactly is going on in there," Boone said.

Notes: Right fielder Aaron Judge. who hasn't swung a bat for the past due to right shoulder soreness, is scheduled to hit off a tee on Friday and to take soft toss