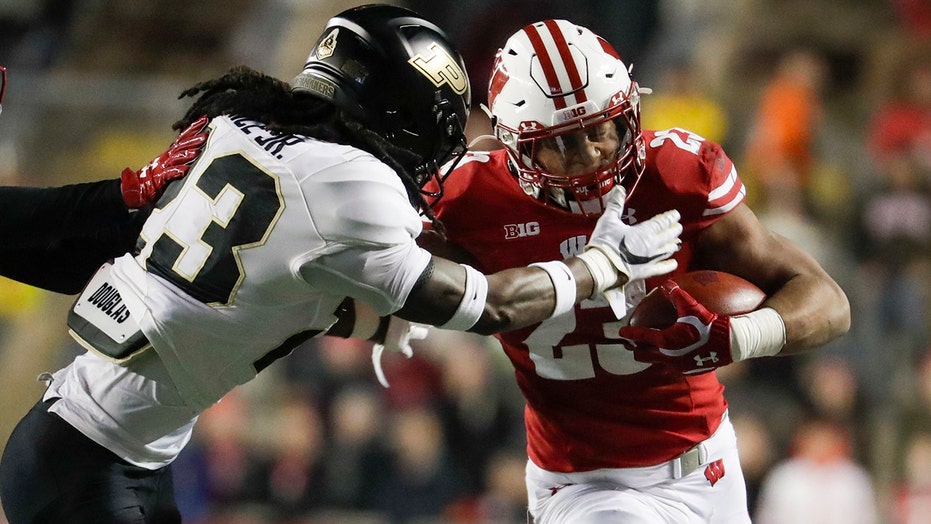 Wisconsin running back Jonathan Taylor amped up his case for the Heisman Trophy on Saturday with another 200-yard rushing performance and setting an FBS mark in the process.

The junior recorded 222 rushing yards and one rushing touchdown on 28 carries. It was the 12th time in his career he had rushed for more than 200 yards, breaking the mark previously set by Ron Dayne, Ricky Williams and Marcus Allen.

Taylor has 5,856 career rushing yards — the most for any running back through their junior season. It’s unclear whether he will head for the NFL Draft next year, but he said he was more focused on a huge matchup with Minnesota and winning the Big Ten West division.

“Next week, we wouldn't want to have it any other way,” Taylor said, according to ESPN. “Big Ten West on the line, rivalry game, [playing for the] ax [trophy that's awarded to the winner], I mean, this is why you come to Wisconsin, for these kind of moments. I'm pretty sure we're going to have a great week of preparation in order to bring our A-game.”

Taylor received a standing ovation at Camp Randall in what might be his final game at the stadium.

“It was something special, especially because you don't know. You don't know if you're going to be here again,” he said. “So I think that's the biggest thing is just being appreciative of that opportunity.”

Taylor has 1,685 rushing yards this season for the Badgers. He is second in the nation in that category. Oklahoma State running back Chuba Hubbard has 1,832 rushing yards.

Wisconsin is 9-2 this season with both of their losses coming to Big Ten opponents — Illinois and Ohio State.