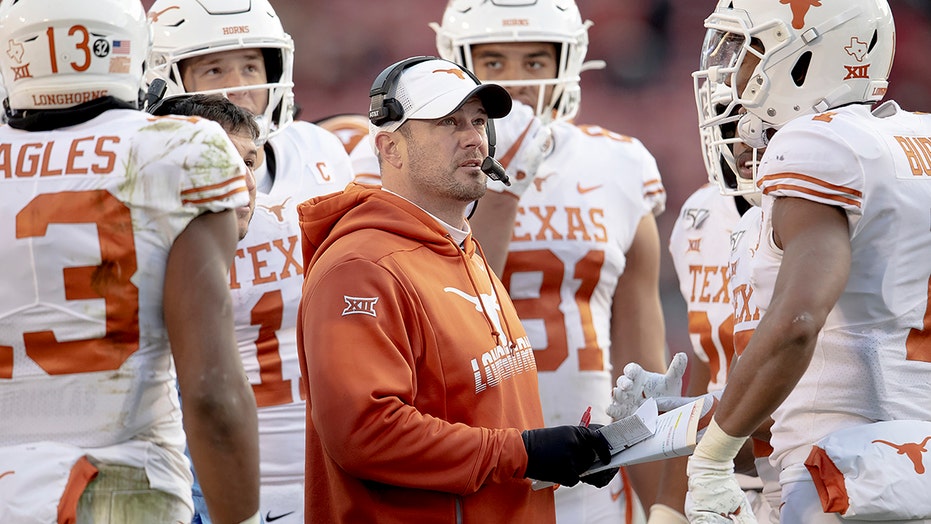 Texas coach Tom Herman tried his hardest to get the Longhorns hyped up for their Big 12 Conference game against Baylor on Saturday.

Herman was seen in the pregame huddle with some of the Longhorns players. As he was talking to his team to try and give some words of encouragement, Herman suddenly removed his hat and head-butted one of his helmeted players.

The head-butting probably didn’t help push down the reality of the day or the season for the Longhorns. Texas ended up dropping the game to the Bears, 24-10.

Herman came face-to-face with the disappointing season in the postgame press conference.

Texas had momentum and a ton of confidence heading into the 2019 season. The Longhorns were coming off of a Sugar Bowl victory over Georgia at the end of last season. The team started out No. 10 in the Associated Press Top 25 poll and was as high as No. 9 during the season.

The Longhorns are 6-5 this season with the loss to Baylor. Herman may be on the chopping block should Texas fail to stay above .500 for the season.