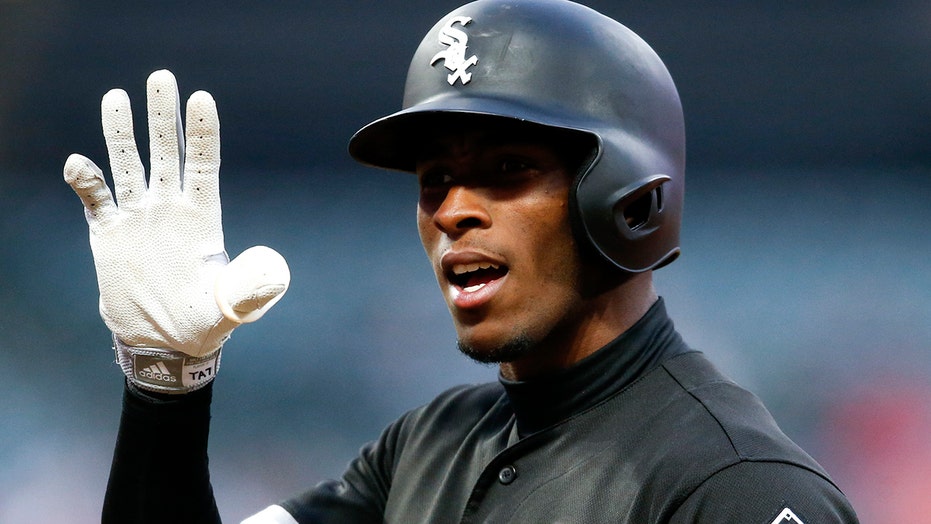 Anderson, who was involved in a skirmish earlier this season over one of his patented bat flips during a home run, said Wednesday he has received praise from fans about his celebration.

“I like to go out and play with a lot of passion because that's fun and I think that draws attention to the fans and the kids,” Anderson told ESPN’s “The Dan Le Batard Show with Sutgotz.” “You know the kids love it. I'm on deck now, I get from the fans, 'Hey, do the bat flip.' So, it's cool stuff, and it's all fun stuff. It's nothing to disrespect anybody, but I think it's a part of the game or it should be.”

While some players have been known to force baseball’s so-called unwritten rules, Anderson said he doesn’t really know what those rules consist of.

“I don't really know the rules,” he said. “There's not any for me. I can't call them dumb because I don't have any. ... Nobody really came to me and said these are the rules, so I really don't know what they are.”

Anderson has turned into a breakout star for the White Sox this season. He’s hitting .331 with a .878 OPS and six home runs. He also leads the majors with 12 stolen bases.

Chicago White Sox's Tim Anderson gestures to the dugout after being walked by Cleveland Indians starting pitcher Jefry Rodriguez during the sixth inning of a baseball game, Tuesday, May 7, 2019, in Cleveland. (AP Photo/Ron Schwane)

The White Sox are 16-19 this season and seven games back of the Minnesota Twins in the American League Central division.