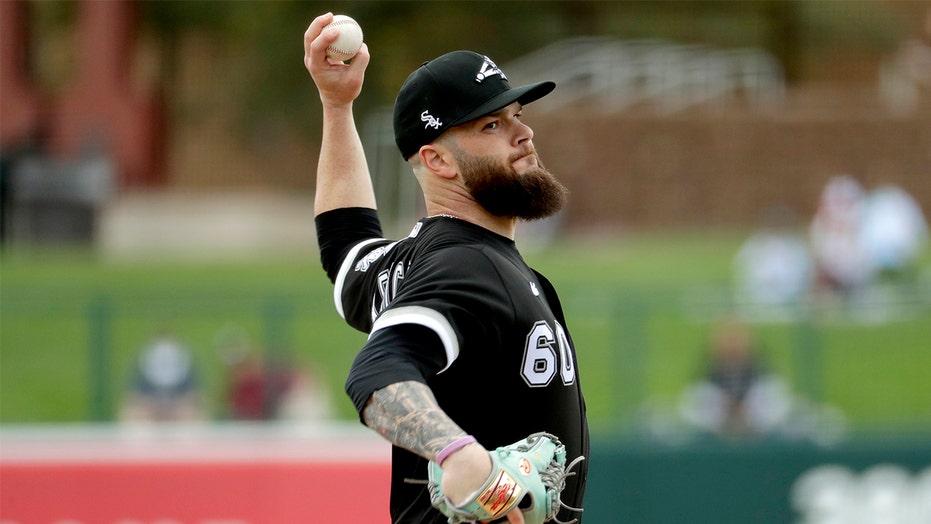 Chicago White Sox pitcher Dallas Keuchel is collecting on his debts before the start of the season and that includes making his own mom pay up in an interesting way.

Keuchel threw a $25,000 spring training party last month where around 125 people, including players, coaching staff and family, witnessed his mom, Teresa, give quite the motivational speech, according to NBC Sports Chicago.

In a slogan that will not be soon forgotten, she addressed the organization and said “Playoffs or die, b---h."

Dylan Cease, Keuchel's teammate, told the outlet Tuesday that “everyone cheered,” while manager Rick Renteria said she “evoked a little rally cry for us.”

“She was pretty succinct with her message and I think everyone appreciated it," Renteria said.

But, according to Keuchel, he’s the one who put her up to it.

“She hadn’t paid up on a few bets before that, so she wasn’t the happiest. So, she did it for me,” Keuchel told NBC Sports Chicago.

“We’ve gone back and forth on numerous bets over the years. She doesn’t like public speaking by any means, so that was the gist of it for her to get up there and keep it light-hearted. Just say, ‘Hey, hope everyone had a great time. Good luck on the season,’ and then I had her say the b-word.”

Keuchel’s grand gesture was a way for the 32-year-old pitcher to get closer to his new teammates after signing a $55 million, three-year contract with the White Sox in the offseason.