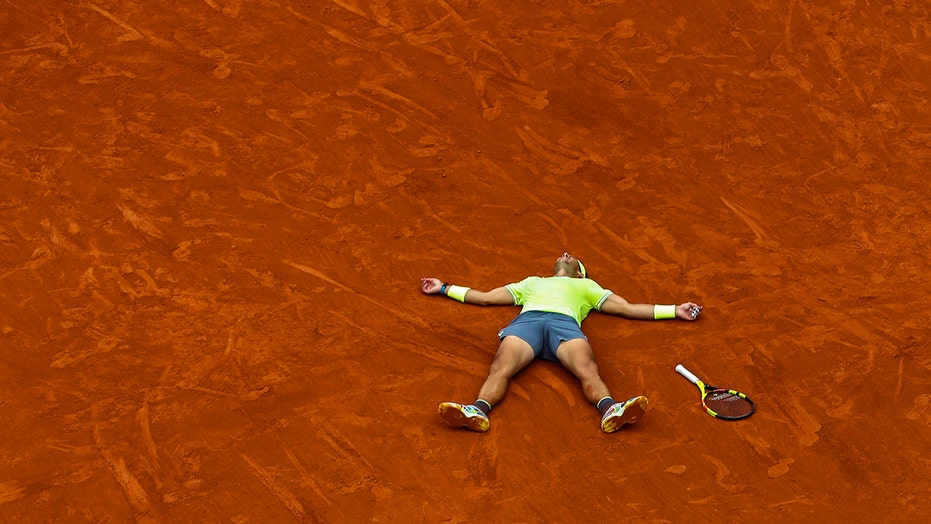 Already repeatedly trimmed, crowd sizes for the French Open have been reduced again ahead of play starting this weekend — to only 1,000 spectators per day — because of the worsening coronavirus epidemic in Paris.

The new limit, reduced from 5,000 per day, was first announced by Prime Minster Jean Castex on Thursday. His office confirmed Friday that the reduction relates only to spectators, not to players, coaches, organizers and others working at Roland Garros, as Castex first said, causing initial confusion.

“It's a bit of a tough blow,” tournament director Guy Forget said Friday on Franceinfo radio.

Tickets will be refunded “with a bit of heartache because we are convinced that we would have been able to welcome the 5,000 people in question who we had been counting on," he said.

"Unfortunately, that is the way it is," Forget added.

As virus cases have climbed, organizers have repeatedly had to scale back their ambitions. They had been planning, just three weeks ago, to have 11,500 spectators per day, split between three show courts at the Roland Garros site that has been revamped with a new all-weather movable roof for the central Philippe Chatrier arena.

That was then scaled back to 5,000 per day in all and, now, to only 1,000, as Paris and its immediate suburbs this week joined a growing list of French cities with tightened restrictions on crowds and other activities.

For Roland Garros, that means less freedom than was accorded the Tour de France, which got to Paris last weekend without any positive cases among the 176 riders who took part in the three-week race. The Tour, in hindsight, was luckier than the French Open with its timing, squeezing through what is now becoming a rapidly closing window for events with sizable crowds.

Roland Garros organizers are subjecting players to multiple tests, which Forget said will be repeated every five days if they stay in the draw. Rather than make their own arrangements, players are also being grouped together in two Paris hotels, on floors reserved for them and where employees are tested, too. Vehicles that are disinfected after each trip ferry them to Roland Garros. Players have been posting photos of the Eiffel Tower from inside their hotel bubbles.

Forget said the system won't be quite as strict as at the U.S. Open in New York.

“It's practically impossible to create a totally hermetic bubble,” he said.