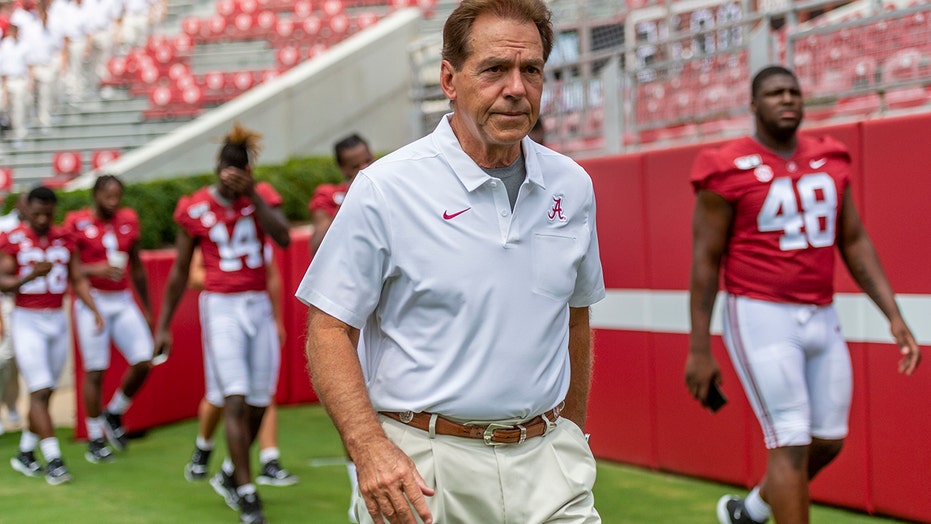 In an effort to keep University of Alabama students engaged during college football season, the school has come up with a way to record the location of students in an attempt to prevent them from leaving during the fourth quarter of home games.

Beginning this season, the university offered an app for students to download on their cell phones so the school will know if they leave games early at Bryant-Denny Stadium in Tuscaloosa, Alabama.

Students who install a version of the app FanMaker called "Tide Loyalty Points," will be awarded points which they can use to earn certain incentives, like College Football Playoff Tickets, according to the New York Times.

"The Tide Loyalty Points program works like this: Students, who typically pay about $10 for home tickets, download the app and earn 100 points for attending a home game and an additional 250 for staying until the fourth quarter," the Times stated.

Alabama coach Nick Saban is used to their program beating up on their early non-conference opponents, which is a problem for attendance when students leave early during blowout games. During the team's 62-10 victory against New Mexico State last Saturday, Saban was displeased to see the stadium half-full.

"So, I would love for the students there for the whole game, and I know we've tried to enhance with some of the things that we're doing to try to get them to do that. But that's a choice and decision they've got to make. But all these things affect the program, aight, because people come and we have recruits and here, and they want to see a full house and all that."

He wasn't happy last season when the student section was fairly empty during the teams 56-14 victory against the University of Louisiana at Lafayette and the coach stated after a 52-0 beatdown against Arkansas in 2013 that "in some kind of way, everybody that chooses to go to the game should stay there and support the team for the game."

Students who make it through the fourth quarter of games will be awarded priority access to sought after tickets like the SEC Championship Game and the College Football Playoff. The app does present some privacy concerns through the tracking of students, which has been labeled "very alarming" because Alabama is a public university that receives funds through the government.

"Why should packing the stadium in the fourth quarter be the last time the government wants to know where students are?" Adam Schwartz, a lawyer for the Electronic Frontier Foundation told the Times. "A public university is a teacher, telling students what is proper in a democratic society."

Alabama athletic director Greg Byrne told the Times he doesn't see a problem because students can either close the app or delete it when they leave the stadium.

“If anybody has a phone, unless you’re in airplane mode or have it off, the cellular companies know where you are,” he said.