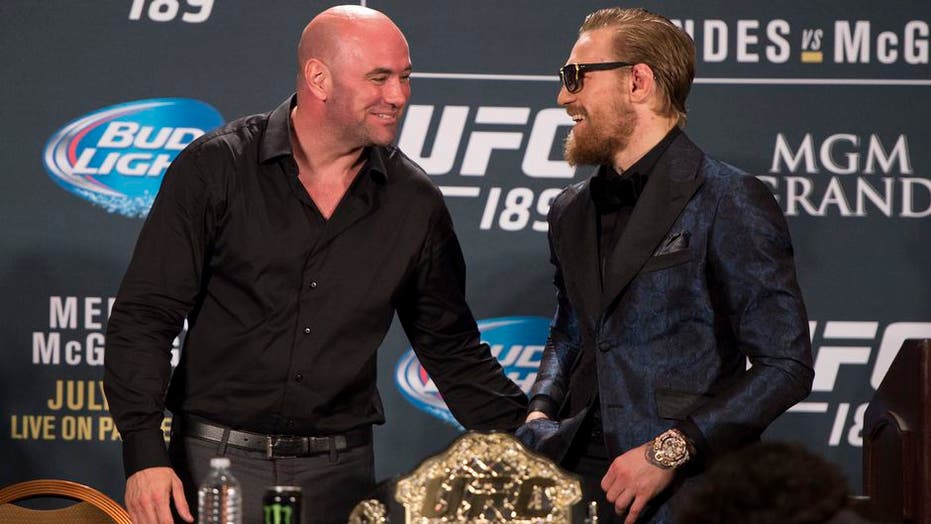 Things are heating up with UFC President Dana White and Conor McGregor over private messages the Irish fighter released earlier this week to deny claims he turned down fights prior to his retirement.

White criticized McGregor after UFC 253 on Saturday for releasing screenshots of private messages between the two in which McGregor appeared to be asking White to set up several matches, including one with Diego Sanchez.

“I seen your recent comments about your final bout and I am in!,” McGregor wrote on Twitter to Sanchez. “After you fought (Michel) Pereira, I had requested for myself and you to compete in Dublin. This was back in February when I was working on opposition for my season, pre covid.”

He continued “Pre covid. Pre retirement. Never turned down offer of Tony as was suggested at the time. I stated months in advance (early February) that I was not interested in being an alternate for two consistent pullouts. Pushed for my own scheduled bouts.”

McGregor was referencing the lightweight title fight between champion Khabib Nurmagomedov and Tony Ferguson scheduled for earlier this year.

“I was pushing hard for the season. Multiple opponents, multiple dates offered throughout. All to take place back to back. Then when covid hit and the talk was that I would have to wait for crowds again, I walked away from the situation. I was waiting long enough at that stage.”

White came out against McGregor on Saturday, accusing him of breaking “man code” in releasing their private conversations.

“Everybody here knows, even the ladies. This is some man code stuff, you know? It’s just something you don’t do,” he told reporters, according to MMA Junkie. “It’s one of the dirtiest things you can do.”

White also defended his decision to shut down the idea of a fight between McGregor and Sanchez.

White was also asked about McGregor’s suggestion that there was a match in the works between him and Manny Pacquiao.

But McGregor wasn’t backing down and he came out to accuse White of lying.

“Code was broke when you lied about me turning down fights mate,” he said in a tweet. “I said Justin (Gaethje) in May and you went and said I did not want to fight. It’s not about Diego. Diego was a filler to get more fights in.”

He finished with explaining that the Pacquiao fight is very much a real thing.

“Also you have been involved in Manny talks, the legal letters are there. Stop lying.”