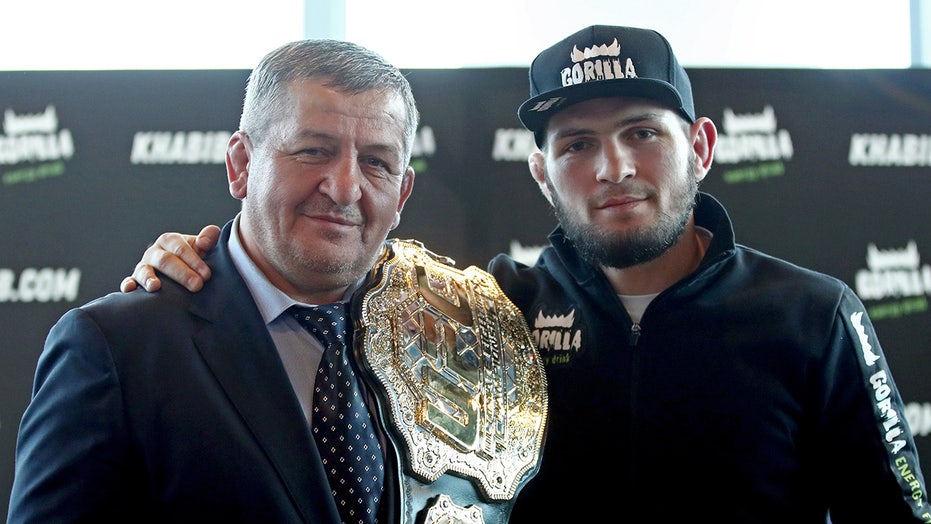 UFC lightweight champion Khabib Nurmagomedov revealed Monday his father is in critical condition after he was diagnosed with coronavirus and that he has lost other family members to the illness.

Abdulmanap Nurmagomedov has been in his son’s corner throughout his UFC career, but is now in a “very difficult situation,” according to his son.

“There is a lot written on the internet about my father. My father, right now, is in a hospital. He is in critical condition as a result of this virus. It impacted his heart because last year he had a surgery there, and right now, they did another surgery. He is in a very difficult situation, very difficult. We are asking Allah that he returns him to us,” Khabib Nurmagomedov said in an Instagram Live video, according to The Guardian.

He added: “In my personal case, I’ve had more than 20 people sick from my family. More than 20 people were lying in the ICUs. And many of them are no longer among us. Many acquaintances have died, many parents of my relatives. Everybody is having a hard time dealing with it.”

Abdulmanap Nurmagomedov is credited with getting Khabib involved in wrestling at a young age and helping him get to where he is today – among the top mixed martial arts fighters in UFC.

UFC President Dana White and Khabib Nurmagomedov’s fierce rival Conor McGregor offered their condolences to the fighter and his family.

Khabib Nurmagomedov, a devout Muslim from Russia, also cautioned those taking part in Ramadan to use social distancing methods when with family and loved ones.